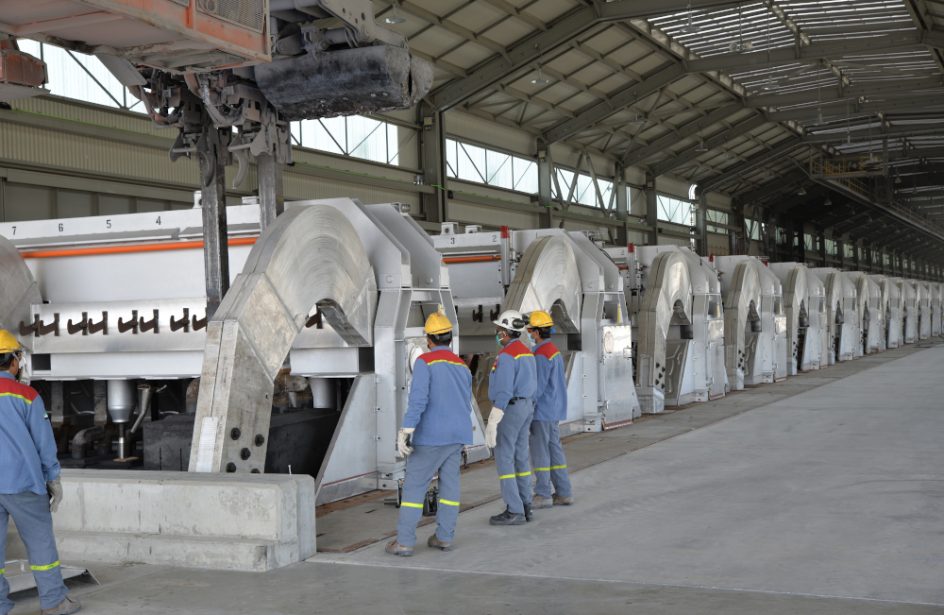 Emirates Global Aluminium PJSC (EGA) announced last week the start-up of the first section of an expansion to its aluminium smelter at Al-Taweelah.

Per the firm, bringing online the 26 new reduction cells at potline 1 will bump the plant’s overall nameplate capacity to 30 thousand metric tons per annum.

EGA plans to build a total of 66 new reduction cells along its trio of potlines at Al-Taweelah, which will boost its overall production capacity by 78 thousand metric tons per annum. Added reduction cells at the other two lines will occur by year’s end.

Abdulnasser Bin Kalban, Chief Executive Officer of EGA, noted the significance of the project in a related press release.

“This project to expand our production at Al Taweelah is part of our ongoing debottlenecking of production and investment in high return growth opportunities. The world requires aluminium to build back better after COVID-19, and this expansion will enable us to supply even more of the metal we all need.”

EGA notes that the new potlines incorporate its proprietary DX technology and DX+ Ultra technology, which it says is among the most efficient methods for smelting aluminium in the world. Additionally, installation of the new reduction cells took place according to schedule, despite the challenges presented by the global coronavirus pandemic.