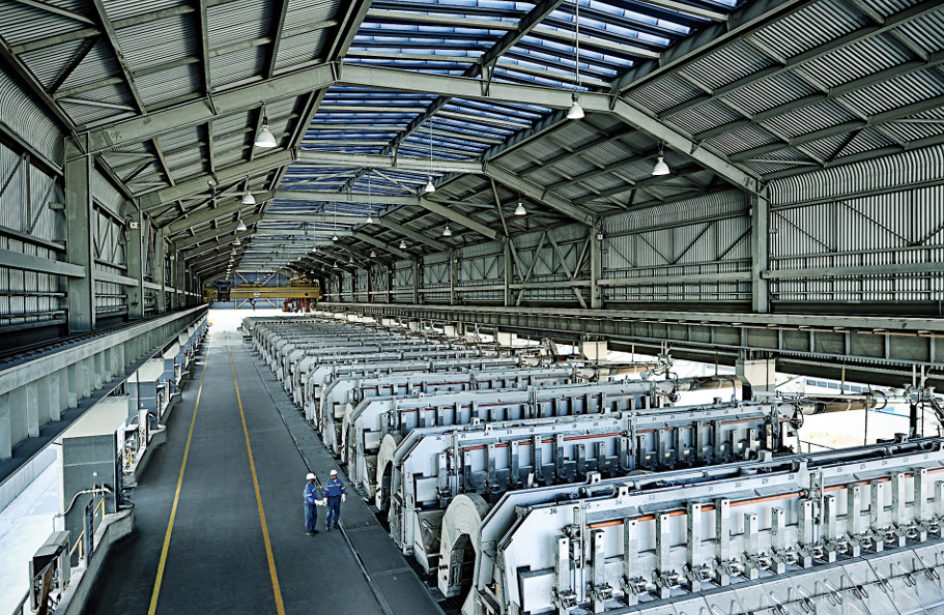 The first shovel of earth has been turned in the new power block to be built by Emirates Global Aluminium, Mubadala Investment Company, and Dubal Holding at the Jebel Ali aluminium smelter in Dubai.

The AED1 billion (US$272 million) project is the product of a joint venture between Mubadala and Dubai Holding to construct a state-of-the-art power plant for EGA’s smelter. Upon completion, EGA has pledged to buy power from the plant for 25 years.

The plant, which will feature a combined cycle H-class gas turbine produced by German firm Siemens AG, is expected to reduce the plant’s total greenhouse gas emissions by one tenth. It’s the first such turbine to be installed in the UAE, and it is also the first of such turbines to be utilized in the aluminium industry as a whole.

“This project reinforces our sustainable development journey, as well as our support of one of the UAE’s most vital industries, in line with the vision and directives of His Highness Sheikh Khalifa bin Zayed Al Nahyan, President of the UAE; His Highness Sheikh Mohammed bin Rashid Al Maktoum, Vice President and Prime Minister of the UAE and Ruler of Dubai, and His Highness Sheikh Mohamed bin Zayed Al Nahyan, Crown Prince of Abu Dhabi and Deputy Supreme Commander of the UAE Armed Forces to promote the UAE leading position globally. This is done through ambitious initiatives and sustainable development projects that are highly efficient in power generation and water desalination that support the objectives of the UAE Centennial 2071, which outlines the path for a brighter future for generations to come by making the UAE the best country in the world. Now we have broken ground, we look forward to developing this project successfully.”

“We are pleased to break ground on this important project which will improve our power generation efficiency at Jebel Ali, saving costs and environmental emissions,” explained Abdulla Kalban, EGA’s Managing Director and Chief Executive Officer. “We are now focused on safe construction and ultimately starting up the new power block in line with our plans.”

Upon completion of the new power plant, EGA plans to place 5 older, smaller, and less efficient turbines into semi-retirement, preserving them for emergency use only.