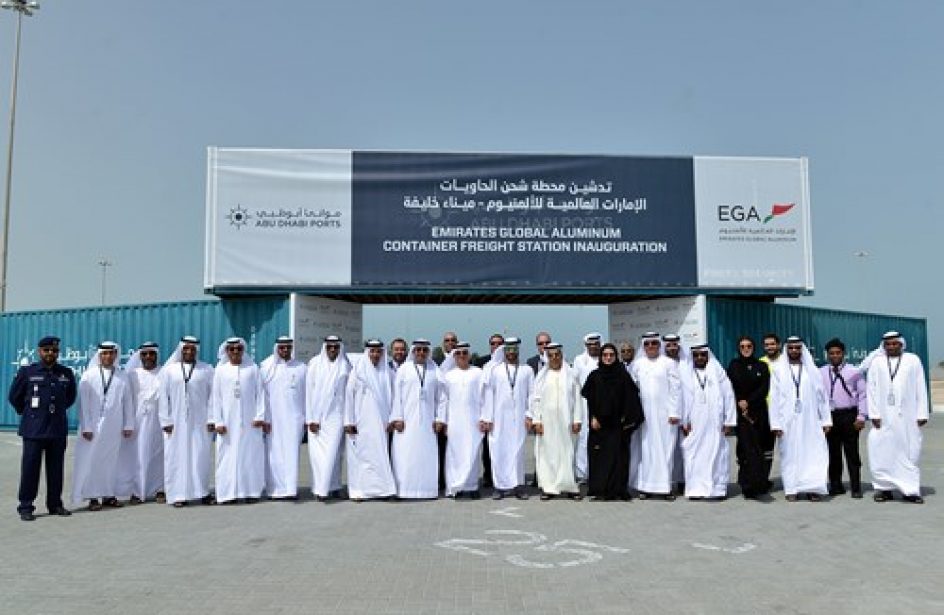 UAE aluminium smelter Emirates Global Aluminium PJSC announced on Tuesday that it has joined with Abu Dhabi Ports in opening a new container freight station at Khalifa Industrial Zone Abu Dhabi (KIZAD) that is expected to trim over 180 thousand miles per year of transportation for EGA’s aluminium products.

EGA says the new facility was purpose built by Abu Dhabi Ports near EGA’s operations at Al Taweelah to reduce the distance from smelter to port by 10 ½ miles. According to the company’s calculations, the shorter trip to the new facilities will reduce the amount of CO2 equivalent emitted by the firm by 2,000 metric tons per year, which is functionally equivalent to eliminating 450 passenger vehicles from the streets of the UAE.

Abdulla Kalban, EGA’s Managing Director and Chief Executive Officer, hailed the move as a win in the ongoing battle to reduce the firm’s operating costs.

“We are always looking for ways to improve our efficiency, saving costs and protecting the environment. Relatively small changes like this can have a big impact when they are magnified by the scale of EGA’s business.”

“At Abu Dhabi Ports, we strive to support our customers’ logistical and operational requirements through careful and forward planning of infrastructure. We are making every effort to enhance logistics efficiency and reduce carbon emissions by reducing the distance of trucks transporting aluminium from Emirates International Aluminium to the quayside, which adds value both commercially and environmentally. Our efforts to reduce environmental footprint coincide with the UAE tarto reduce carbon emissions.”