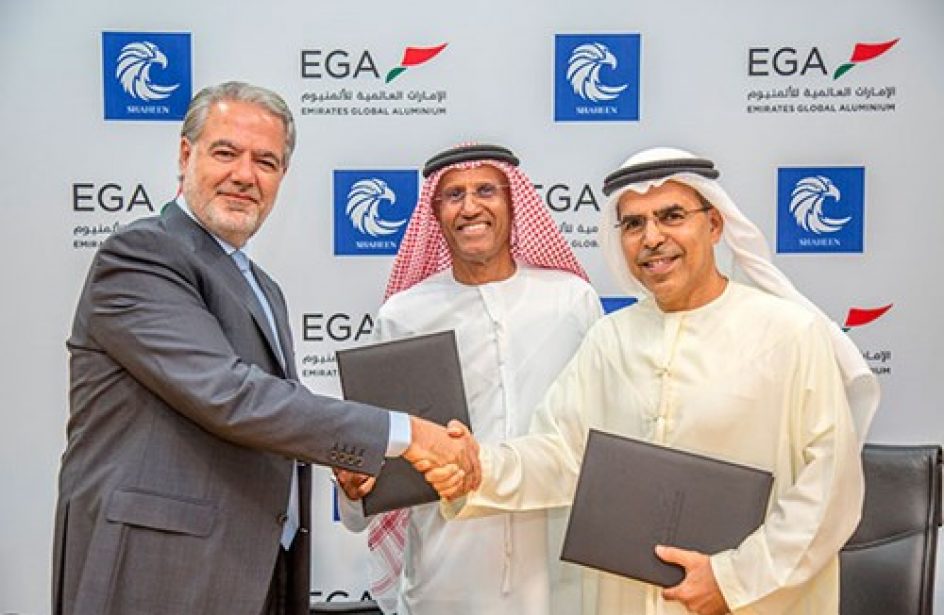 UAE’s Emirates Global Aluminium PJSC (EGA) revealed yesterday the signing of a long-term supply agreement with Shaheen Chem Investments LLC for the supply of ethylene dichloride and caustic soda to EGA’s Al Taweelah alumina refinery. As a result of the agreement, Shaheen Chem will soon commence planning for and construction of a chemical complex adjacent to EGA’s site at Khalifa Industrial Zone Abu Dhabi (KIZAD).

The agreement, which has a term of 15 years, will have Shaheen Chem fulfill the entirety of EGA’s needs for both chemicals. In addition, Shaheen Chem’s plant will be the first in the UAE to produce ethylene dichloride, which is a precursor chemical used in the manufacture of polyvinyl chloride (PVC), which is widely used in the production of piping. The ethylene dichloride produced at the plant will be marketed to third parties per the EGA press release.

“The construction of a caustic soda plant next to our alumina refinery guarantees our supply of this vital raw material at competitive prices for years to come. I am pleased that EGA’s demand for caustic soda is creating further industrial expansion in Abu Dhabi, continuing EGA’s long-standing contribution to the diversification of our economy as we grow our own business.”

Shaheen’s Chairman Rashed Al Suwaidi pointed out the historic nature of the deal in question.

“We now look forward to building our plant at KIZAD to supply EGA with the caustic soda it needs. We are also excited to become the first producer of ethylene dichloride in the UAE and to later bringing vinyl chloride and polyvinyl chloride production to the country.”