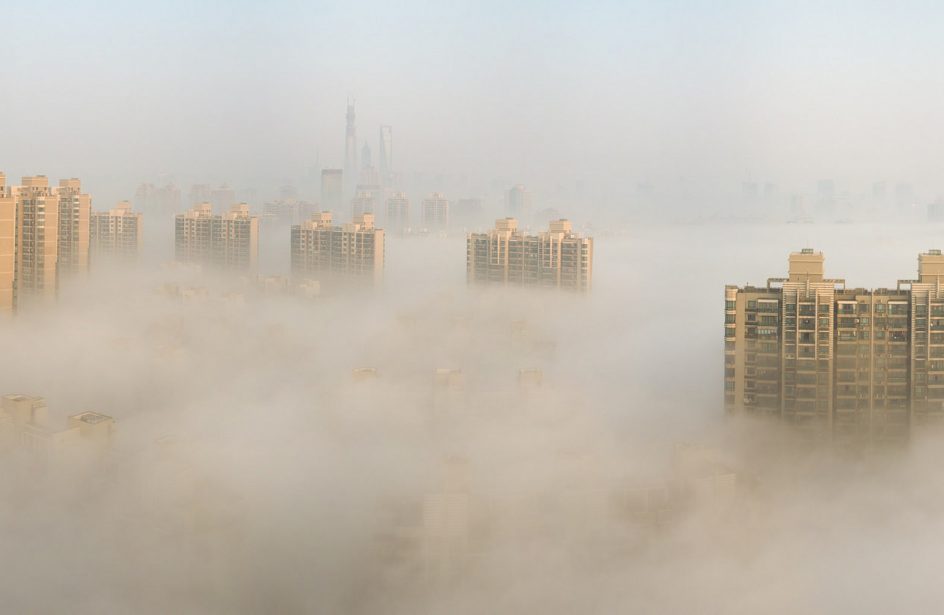 The LME aluminium price fell in June to its lowest level since mid-March as the market reacted to rising supplies and exports from China, as well as to lower output costs and higher inventories. The price decline (which this author predicted in a previous market analysis) came after speculative net long positions in aluminium were reduced for three consecutive weeks, putting further pressure on the LME price in June. However, aluminium and other base metals prices managed to recover by end of the month with Al price finishing the month at US$ 1897/t thanks to better than expected improvements in the China Manufacturing Purchasing Managers Index (PMI),  which climbed to 51.7 on June 30th. Together with a weaker US dollar, the mood of the industry improved markedly during the last two trading days of June. 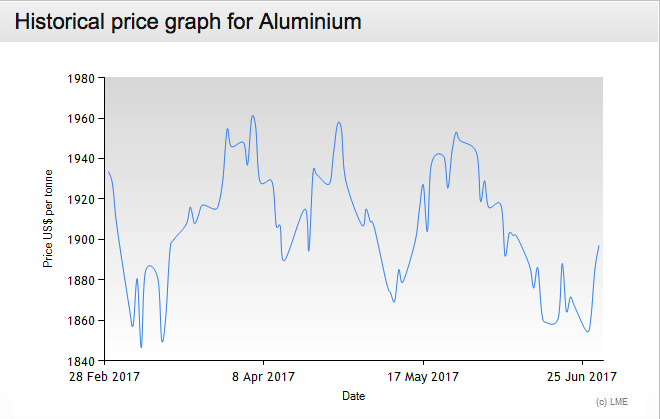 “China is producing and exporting more aluminium. Rising stocks do not signal a tight market,” said Julius Baer analyst Carsten Menke. “Production costs have come down because coal prices are lower.” China’s aluminium exports have risen again in recent months. In May the country exported 460,000 tonnes of unwrought aluminium and aluminium products, up from April’s 430,000 tonnes.

Bank of America – Merrill Lynch stated that until uncertainty about China’s pollution crackdown policy is resolved through the second half of the year, there is a high risk that aluminium prices (and premiums) may give back some of the recent gains. BofAML ascribed this as the main reason for maintaining its third-quarter price forecast of US$ 1,700/t (77c/lb).

Constellium projects aluminium demand from aerospace will grow by an average 2 % over the next five years, about half of what it has seen historically. That compares with the 10-20 % annual growth rate it anticipates from the car sector in the coming years.

UBS Bank, whose analysts have just returned from China, is warning that aluminium bulls may be getting ahead of themselves, and says that illegal producers might be given amnesty for confessing and that their excess production may offset any supply-side restrictions. Investors hoping the incoming regulatory constraints on the aluminum market will result in a “coal-like” resurgence in the aluminium price are in for a rude shock, says UBS. As a reminder, when China ordered coal miners to run for 276 days (rather than 330), the industry obeyed, supply shrank, prices surged, and imports picked up. 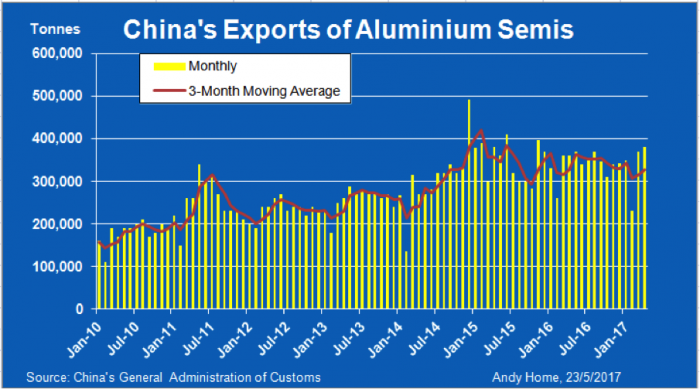 “Some people we spoke to saw the whole self-reporting process as part of an amnesty project…That could lead to illegal capacity getting formalised and that would be less of a bullish picture for the aluminium price… We are a lot less bullish on the aluminium price after this trip.”

Analysts at Citigroup Global Markets Asia estimate that 3.1 million tonnes, or 8 % of total operating capacity in China, is without proper approvals, hence they expect more production cuts in the coming months.

In recent weeks, the falling aluminium price was accompanied by falling premiums. The trade appears to have lost momentum in the U.S. as the Midwest premium has slipped from its first-quarter highs above 10 cents-per-lb (US$ 220 per tonne) to a current 8.5 cents (US$ 187 /t), basis the CME’s premium contract. In Europe, premiums eased to US$ 75-80/t in Rotterdam, duty unpaid, down from US$ 100 -105 /tonne in the first quarter. Duty paid should stand around US$ 110-115/t in the last week of June. 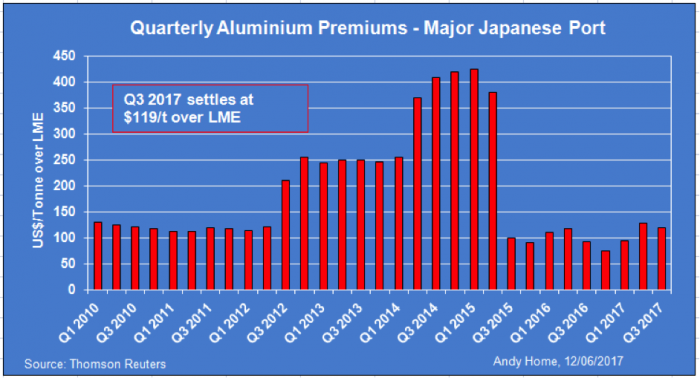 The average aluminium cash LME price in the first half of the year was US$ 1880 /tonne. While it is not excluded that the aluminium price will fall below US$ 1800/t during the next two months, this analyst also expects it to surpass US$ 2000 /t by the end of the year. Why? China’s looming production cuts.

As a reminder, earlier this year China’s environmental authority proposed to cut operational aluminium capacity by 30%, alumina by 50% and carbon by 50% in two municipalities and 26 cities across the four provinces of Shandong, Shanxi, Henan and Hebei during winter months. Based on the cuts over three months, the measures would reduce China’s total annual aluminium output by around 1.1 million tonnes directly, but due to alumina, coal, anode production cuts and lower power supplies, the final figure may come out two, even three times higher. The proposal involves the suspension of alumina production in three provinces (Henan, Shandong and Shanxi), which would affect about 50 % of running capacity, operations which account for about 28 Mt of the annual production, or 40 % of the nation’s total.

True, there is a lot of scepticism and uncertainty among analysts and industry experts whether Chinese authorities will implement proposed measures on capacity reductions to cope with air pollution during the winter months. However, this scepticism is unwarranted: China’s government cannot fail this time and has to prove to the rest of the world that it was serious when it announced mandatory production cuts.

After all, it is no longer a matter of someone’s decision, or of good will on the part of Chinese authorities. Above all, this is a matter of survival and of ensuring the health of the tens of millions of people living in the areas surrounding Beijing, where air pollution far exceeds critical levels during winter months (heating season). The high degree of industrial production in the area, and the accompanying emissions spewed into the air (PFCs, PMx, SOx etc.) are such that living conditions have become unsustainable.

Faced with this reality, Beijing has no choice but to act urgently and protect its citizens. As such, it must implement its so-called “blue skies” policy to the letter. The process is just beginning, and in following years the government is expected to deploy a wider spectrum of actions meant to prevent rising air pollution. Under these circumstances, any scepticism and uncertainty, currently dominating among analysts, can only be deemed groundless.