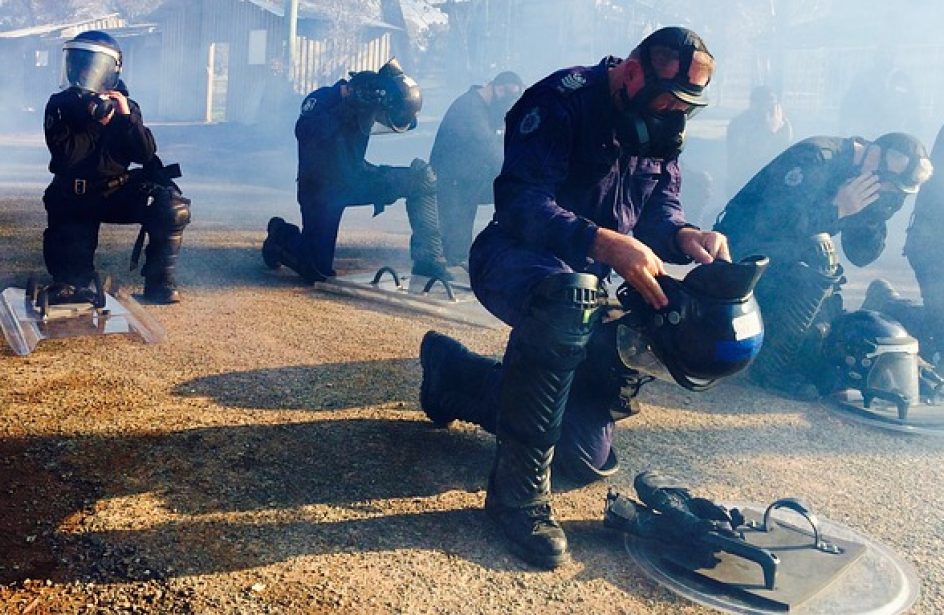 Deadly rioting has again broken out in the Republic of Guinea’s bauxite capitol according to witnesses who spoke to the media.

According to locals, over the course of two days rioters destroyed a police post and vehicle, leading to a lethal response by government forces. They say that rioters also attempted to block bauxite miners from arriving to work at the mines, but their efforts were not entirely successful according to officials at Societe Miniere de Boke (SMB).

“We feel the tension has increased somewhat,” explained SMB’s general manager Frederic Bouzigues to Reuters. “Many of our employees have not been able to get back to work and this affects us even if our essential operations are not blocked.”

“I saw one person dead at the hospital,” said witness Mamadou Diallo to Reuters via telephone. “It was a young man of 25 years. I saw about twenty people wounded.”

“It was a difficult situation but we took steps to restore calm,” Guinean government spokesman Damantang Albert Camara reported to international media.

Boke, which is the location of the headquarters of major bauxite firms SMB and Companie Bauxite de Guinee (CBG), also houses much of the country’s poor and unemployed. Many of the country’s disenfranchised lay the blame at their doorstep, watching those firms ship around fifteen million metric tons a year of the country’s mineral riches overseas.

The city has been the scene of sporadic unrest, last occurring this spring. One fatality was reported after that episode, which included rioters setting fire to tires and erecting barricades to the mines.