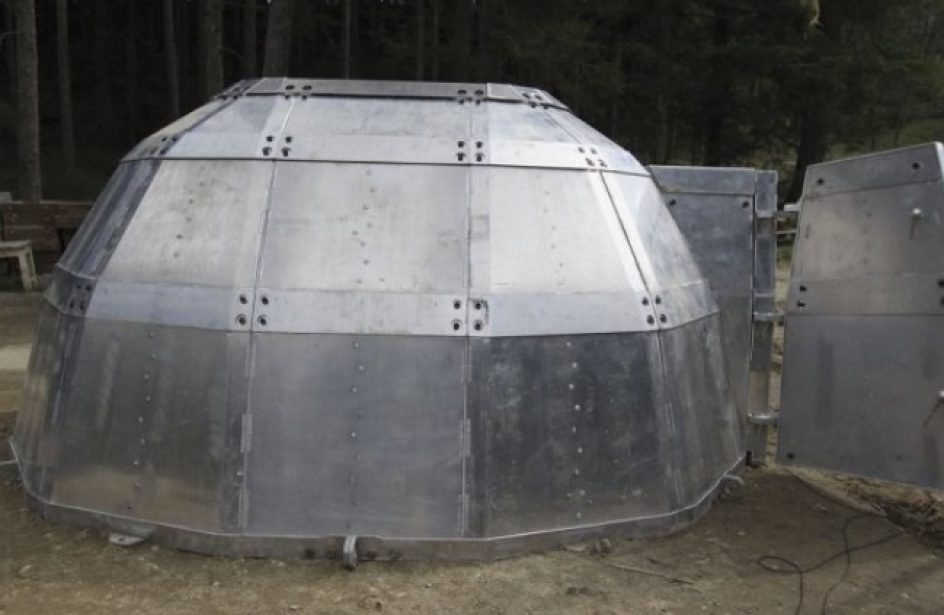 Military forces from the Czech Republic will soon have a new variety of cover for use on the battlefield. Modular shelters made of aluminium are under development at the present time and may soon join the Czech Army on its next expedition.

The aluminium shelters have been under development since 2014, but have only come to light this April in the course of a blast-resistance test undertaken by the developer, the Czech Military Research Institute (Vojenský výzkumný ústav, abbreviated “VVU”). The shelter is designed for use by six soldiers and is divided into two smaller rooms – a kind of foyer of 60 ft2, and a larger area for sleep or work that measures 84 ft2. The two sections are divided by aluminium alloy doors mounted on hinges. The shelter benefits from the inherent lightness of aluminium, and it can be assembled in the field in four hours without the need for specialized tools.

The igloo-shaped shelters are intended for theaters where conditions are harsh, so the creature comforts of the shelter are few. The structure is built upon an aluminium base of load-bearing beams. Two layers of aluminium armor are attached to the aluminium ribs. The structure leaves a space of approximately 90 mm for the addition of filler for additional protection. Designers have experimented with corundum spheres as a filler, which improve the structure’s ability to stop or slow shrapnel, shell fragments, and small-arms fire. According to the designers, materials with a local source, like sand, may also be used for the same purpose.

According to designers, the shelter is meant to act as protection from the effects of a blast nearby. VVU says it offers “very good” protection from small-arms rounds, mortars, and shell fragments. Sources say that test dummies sustained no damage from an explosive charge of at least dozens of kilograms of TNT equivalent from as close as thirty feet.