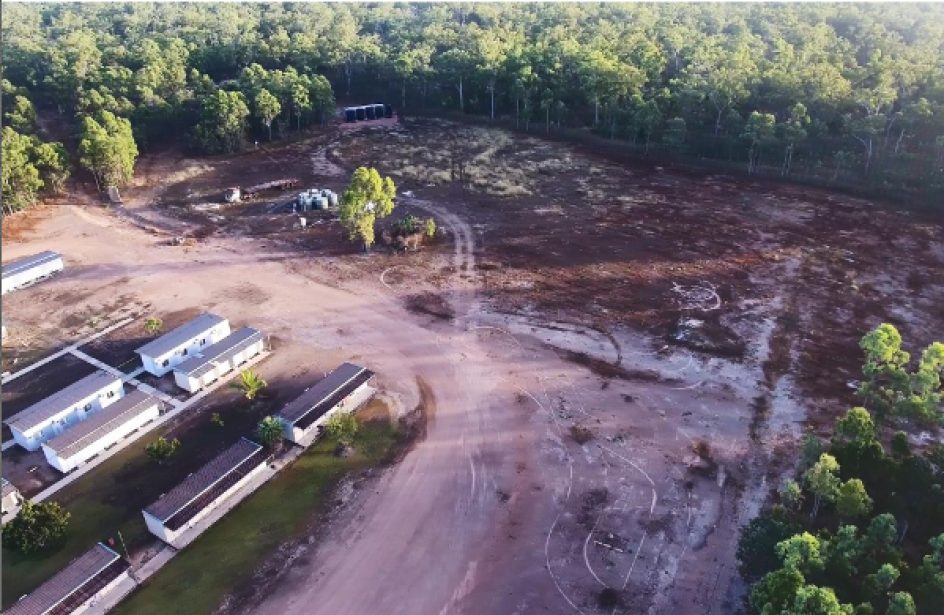 Brisbane’s Metro Mining Limited updated its investors on the progress of construction at Bauxite Hills Mine yesterday, detailing the first steps in the projected 17-year life of the Cape York operation.

The firm’s civil works contractor SAB Mining is on site at present and is soon to begin work on the mine’s port area, which has already been cleared, adapting the site to marine traffic. Upon completion of marine infrastructure at that location, SAB is expected to improve existing roads and install new ones capable of withstanding constant bauxite haulage.

In addition, jetty piles and steel for port structures is currently en route from China, with another barge to be prepared for the transportation of marine pilings. Once delivered, the material will be placed in the Skardon River by another contractor, namely Foreshore Marine QLD. As this takes place, Process 26 and CSF Steel Fabricators will construct a conveyor system for loading bauxite on barges.

Living quarters are also being built at the present time, with a dozen bunk houses already completed and on their way to the site to house the construction crew.

Metro Mining says it is using a great deal of the infrastructure already in place for the project. The firm is already operating laboratories, warehouses, maintenance facilities, and offices from structures that had been built previously. The firm is also using existing labor at the site as well, with fully one-quarter of its work force drawn from the Akamuthi people, the site’s traditional owners.

“This is an exciting time for Metro and our shareholders,” opined Simon Finnis, Metro’s managing director. “The company has entered the execution phase and we are committed to delivering the Bauxite Hills mine on time and on budget.

“Bauxite Hills has already generated significant business and employment opportunities for Queensland based companies and I am particularly pleased with the high-level of Ankamuthi engagement on site already. As construction works continue and production ultimately commences, we will strive to continue from this positive start.”