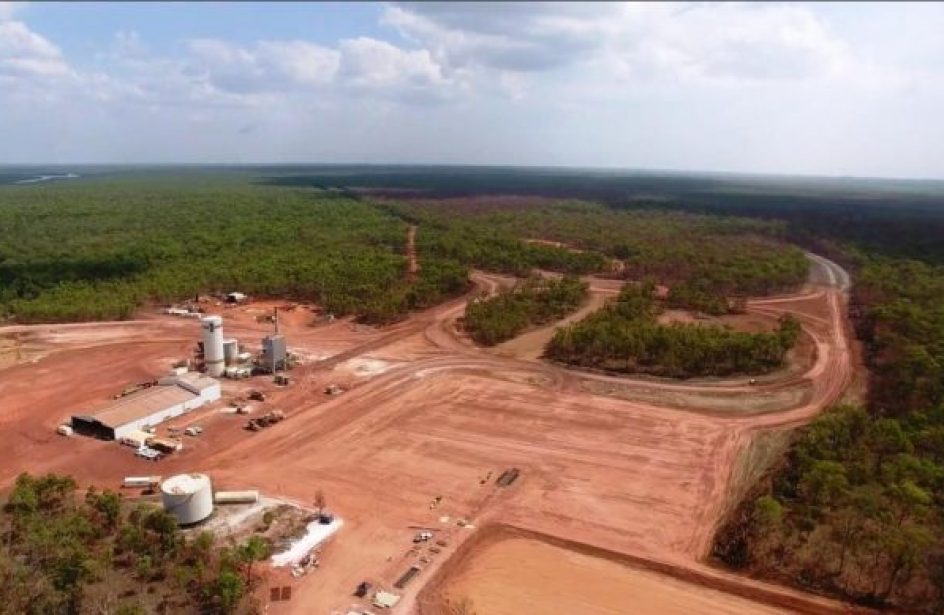 Port area showing BLF civils to the right, and the round-about and haul road to the top of the photo. Original shed will be used for a warehouse/workshop when operations commence. Source: Metro Mining

Metro Mining Limited updated its shareholders on the firm’s progress at Bauxite Hills mine yesterday, declaring that the project remains true to the original scale and continues to operate under the planned budget.

Metro indicates that the construction of marine infrastructure at the mine is ahead of schedule, with pile driving, including for cyclone moorings and all large buildings to be built, completed. In addition, the marine offloading facility is completed and is being used at present for the offloading of personnel and freight.

The earthmoving for the barge loading facility, sediment dams, and certain vehicle traffic improvements around the port have been completed as well, the company advises.

Mine operator SAB Mining is currently working to construct haul roads, beginning at the port facility and working back to the mine itself. Work on the conveyor system is expected to begin next week, along with the arrival of the stacker. An on-belt analyzer is in transit at present as well.

Prior to construction at the site, a team of cultural heritage clearance workers from the area Cultural Heritage Body (Balkanu) and the site’s traditional owners, the Ankamuthi. Of the 75 people currently working the site, Metro says that 41 percent are of native extraction, holding positions across the full spectrum of positions at the site.

Representatives from the Xinfa Group visited the site alongside members of Metro’s board of directors recently as well after inking an offtake agreement for bauxite from the site. According to Metro, the four-year agreement has Metro supplying Xinfa with one metric ton of bauxite ore next year and two metric tons each year for the remaining four years. No financial numbers were released.