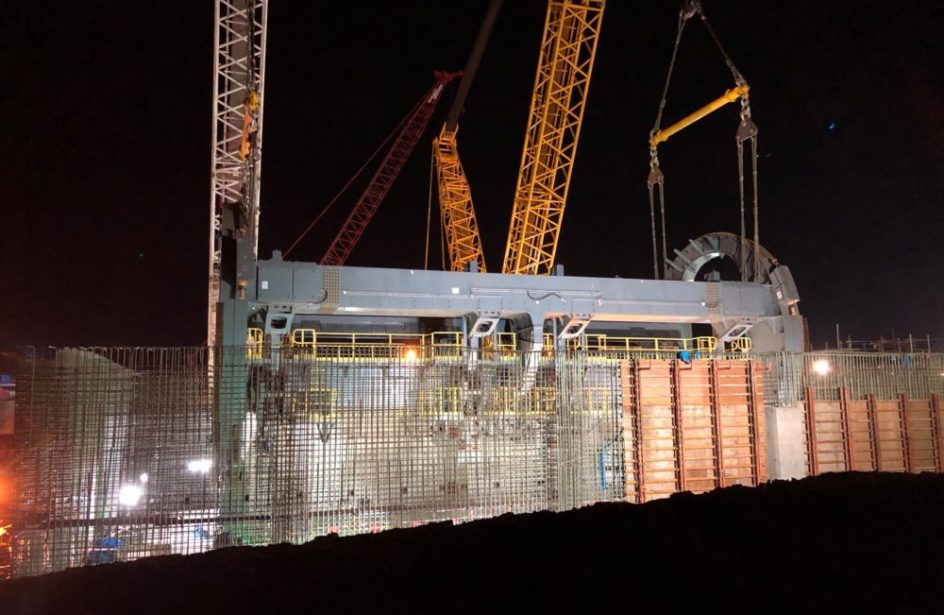 The US$1.4-billion project, which is being built by EGA’s subsidiary Guinea Alumina Corporation, represents the largest greenfield investment in Guinea in 40 years. Employing 3,000 workers, the project is on target for initial bauxite production in the latter half of next year. Upon full ramp-up, the site is projected to produce 12 million metric tons of bauxite per annum.

Abdulla Kalban, EGA’s Managing Director and Chief Executive Officer, noted the significant progress made so far on the project and the safety record achieved to date.

“We are now entering the final phase of construction of our project in Guinea and the team in Guinea is focused on achieving ‘First Ore On Ship’ safely, responsibly, on time and on budget. Whilst construction continues, work is also progressing well on preparations to operate the mine and export facilities efficiently for the benefit of Guinea and EGA for decades ahead.”

The project, which is located in the Northwestern Guinea area of Boké, will harvest bauxite ore for third-party sale to global customers. Upon being extracted from the mine, the bauxite ore will then travel by rail to the coast to under-construction port facilities in Kamsar, and loaded onto ore carriers for shipment to customers around the world.