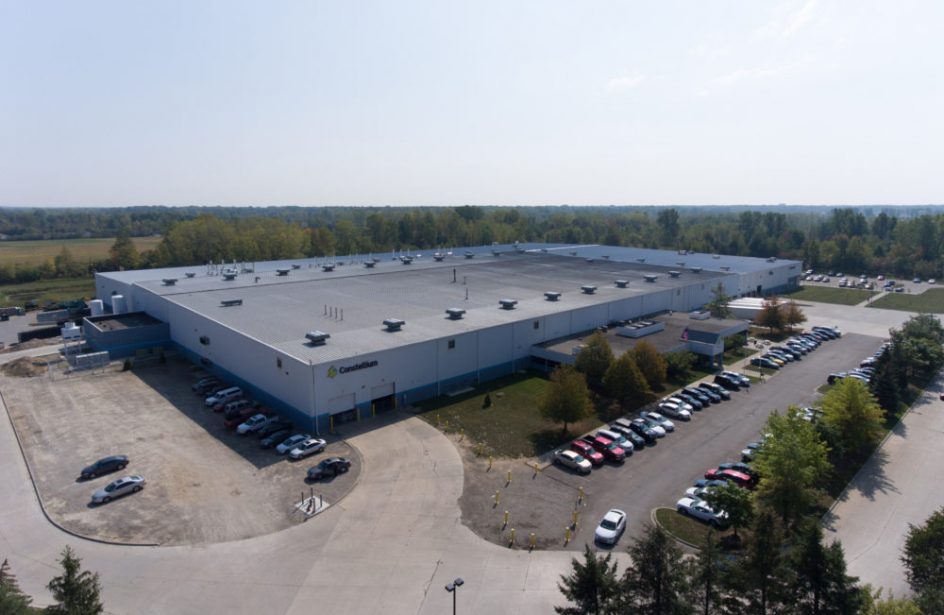 Amsterdam rolled and extruded aluminium leader Constellium N.V. released results for the final quarter and full year of 2018 yesterday, noting a rise in aluminium shipments across both periods that buoyed financial numbers across the board.

The fourth quarter saw Constellium ship 370 thousand metric tons, up by 6 percent on the year. Shipments rose in the quarter due to a great extent thanks to a rise in shipments by each of the firm’s constituent segments, led by a 7-percent bump in shipments by the Aerospace & Transportation segment.

Revenue in the quarter rose to €1.4 billion, a 12-percent rise from last year’s fourth-quarter revenue of €1.2 billion thanks to increased shipments and an improved product mix. Constellium posted a net loss in the quarter of €57 million, up from last year’s fourth-quarter net loss of €80 million, which was largely a result of costs related to a refinancing in late 2017. Adjusted EBITDA remained level on the year at €104 million, propped up by improved results from the Packaging and Automotive Rolled Products sectors, while adjusted EBITDA per metric ton fell by 4 percent on the year to €284.

Revenue for the year came in at €5.69 billion, 9 percent above 2017’s total revenue of €5.24 billion, rising thanks to increased shipments of a more favorable product mix and a recovery in aluminium prices. Constellium showed a net gain on the year of €190 million a reversal from 2017’s net loss of €31 million, recovering in large part due to a gain realized on the sale of Sierre’s North Building. Adjusted EBITDA for the year figured at €498 million, better by 11 percent from the prior year’s number of €448 million thanks to improved results from all of the firm’s constituent business segments. Average adjusted EBITDA per metric ton of product came to €325, better by 7 percent than the prior year.

“Constellium delivered strong results in 2018. Our Adjusted EBITDA of €498 million increased by 11%, coming in well above our initial ‘high single digit’ guidance. Further, each of our three business units delivered record annual Adjusted EBITDA. We also made significant progress on strategic initiatives in 2018, notably the sale of the North Building at Sierre and the agreement to acquire our partner’s interest in our Bowling Green joint venture. Overall, I am proud of the achievements our team made during the year, and I am very optimistic about the prospects for our future.”

“We are maintaining our guidance of Adjusted EBITDA growth of 8% to 10% and Free Cash Flow in excess of €50 million in 2019,” Germain continued. “Our focus is on delivering our long-term targets of Adjusted EBITDA over €700 million and leverage of 2.5x in 2022. We are committed to increasing value for our shareholders through the execution of our strategy.”