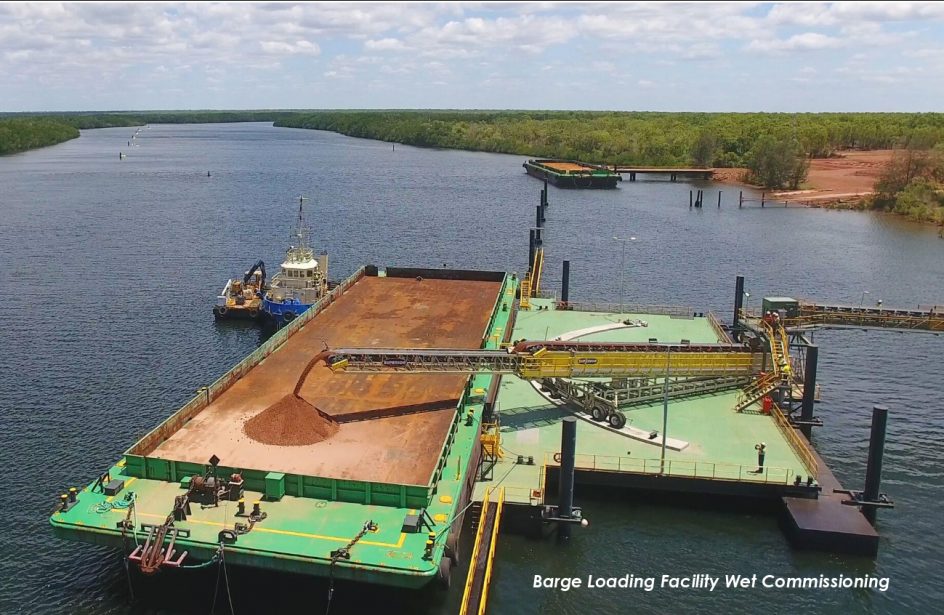 Australian metals miner Metro Mining Limited announced yesterday that it cleared another hurdle in the race to open the Bauxite Hills Mine with the completion of principally all of the necessary marine infrastructure.

According to Metro Mining, construction is complete upon the Barge Loading Facility (BLF), Marine Offloading Facility, cyclone moorings, navigational aids, and tidal gauge. The firm says that the BLF, which was constructed in a scant five months, has already been wet commissioned. The first product was successfully loaded onto a barge via the conveyor system, confirming the facility’s readiness for full production.

Metro says the next goal is the commissioning of the product-sampling station and on-belt analyzer, both of which are utilized in quality-control roles.

Metro’s managing director Simon Finnis lauded the work already completed by the firm, and reaffirmed the goal of commencing bauxite production next spring.

“Our team and partners really need to be congratulated on a fantastic effort to get the major items of infrastructure complete, and commissioned in this timeframe. A special thanks must go to Transhipment Services Australia, who were the Project Managers for the BLF and marine infrastructure for a job well done.

“We are becoming increasingly excited about next year, and are confident we will be in production, as we have promised, early in Q2, 2018.”