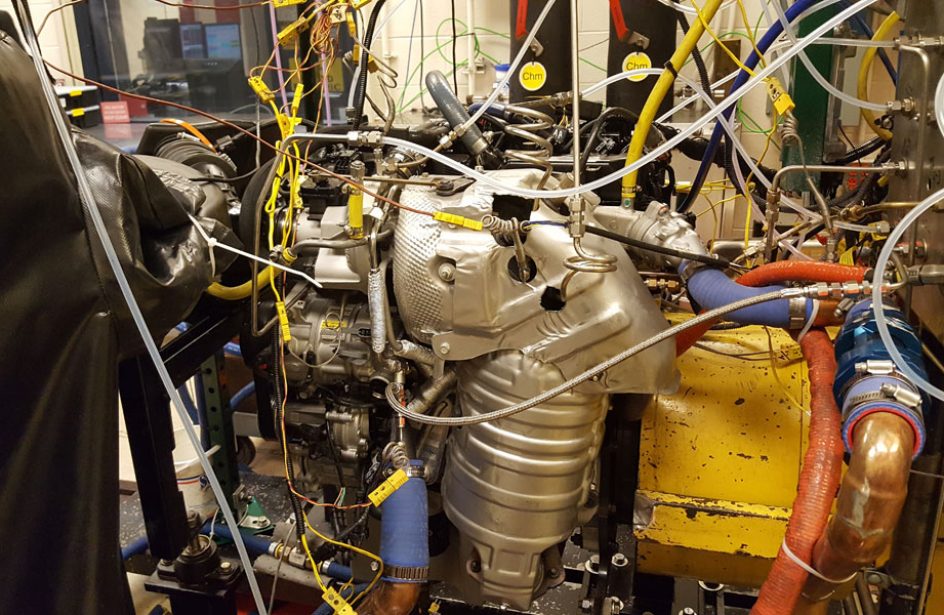 Fiat Chrysler Automobiles N.V. announced this week the development of a new aluminium alloy for use in engine building that tolerates heat levels higher than existing commercially-available alloys.

Developed in collaboration with Oak Ridge National Laboratory and casting supplier Nemak, the alloy was developed to address a need for increased compression ratios which, in a combustion engine, increases efficiency without losing performance.

The problem FCA encountered was the fact that engine temperatures increase along with compression ratios. At present, the aluminium alloys currently used for cylinder heads, which are usually 319 and 356 grades, begin to become compromised at around 392° F.

The breakthrough alloy, christened 16HT or ACMZ, is a new mix that includes a percentage of copper in the recipe. The addition of copper allows for a significantly higher temperature tolerance, handling temperatures of up to 572° F before weakening. This increased tolerance to heat will allow engineers to decrease metal thickness between valves, the spark plug, and the fuel injector, allowing for greater freedom in engine design.

In addition to increasing flexibility in engine design, the new aluminium alloy meshes well with standards already in place. Production is estimated to cost only 7 percent more, and the alloy can be cast and worked with existing machinery.

“When we focused on copper, other people in the industry almost laughed us off, saying we’d never be able to cast that,” explained Gregg Black, senior manager in Advanced Powertrain Engineering at FCA. “We knew there was competition, including other teams working at Oak Ridge National Labs, but we outperformed everyone on this.”

As the alloy is still in the experimental phase, commercial introduction is still likely to be a few years away. However, researchers have cast several dozen cylinder heads from the material and are currently conducting testing of the parts.

“We just getting started on the process to create a design now that we have a material that will work,” opined Black. “We feel like we really have a tiger by the tail.”