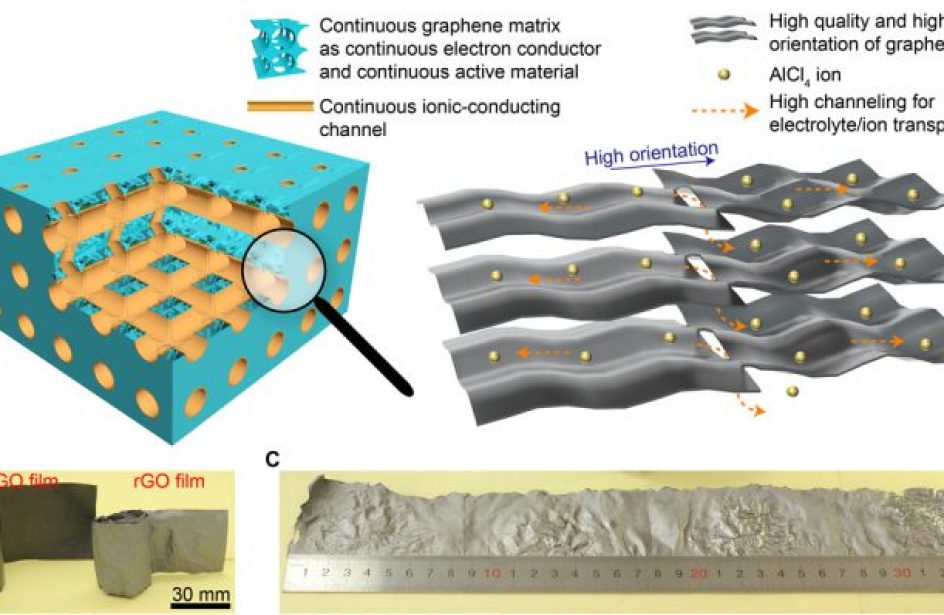 Researchers from Zhejiang University in the People’s Republic of China announced yesterday the development of an aluminum-graphene battery with a lightning-fast recharge capability.

The battery, which was developed by Zhejiang University’s Department of Polymer Science and Engineering, utilizes graphene films as an anode with a cathode made from metallic aluminium. Researchers revealed to domestic media that such a battery has a design life of hundreds of thousands of cycles and is able to be fully charged in a matter of seconds.

According to their research, the battery continues to be charged to over 90 percent of its capacity after 250 thousand recharges, far exceeding the cycle life of any other known battery configuration. Such a battery can be fully charged in the span of just over one second as well, and can operate in temperatures ranging from -40 °F to 248 °F.

Per the paper the team published recently in the journal Science Advances, the battery is quite resilient to abuse, as it can withstand folding and is not a risk for explosion when exposed to a flame.

Though it offers several advantages over conventional batteries, the team laments that it falls short in other areas, as it does not match lithium-ion batteries for energy density.

“It is still costly to make such battery. Commercial production of the battery can only be possible until we can find cheaper electrolyte,” explained team leader and professor Gao Chao.