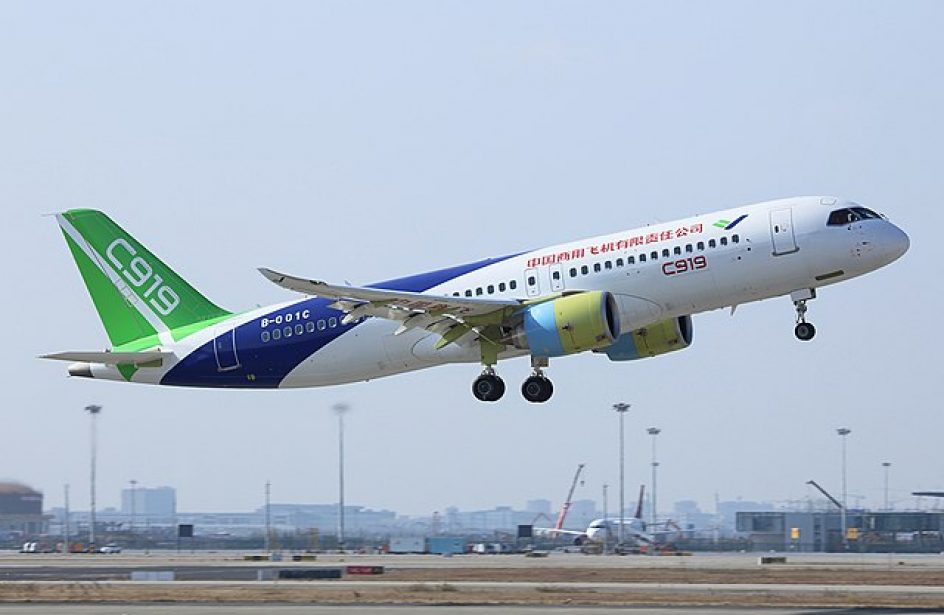 Chinese passenger jets may soon be 15 percent lighter thanks to a breakthrough achieved by Chinese researchers in the arena of aluminium alloys.

Per domestic media, Shanghai’s JuneYao Group has developed a nano-ceramic aluminium alloy that, while lighter than standard aerospace alloys, is up to 30 percent stronger. JuneYao estimates that the new alloy is significantly ahead of its time as well, with foreign competition several decades behind.

The chief designer of Chinese jetliner Comac C919 Wu Guanghui expressed in an earlier interview that his team is conducting trials with the metal on various parts of their design, including panels and forge pieces. Should the material prove sufficient, Wu indicated that the new aluminium alloy would be used in other applications.

Other media reports referenced the aluminium alloy’s use in other aerospace applications, including the Tiangong-1 and Tiangong-2 space stations, various Chinese satellites, and in other varieties of aircraft.