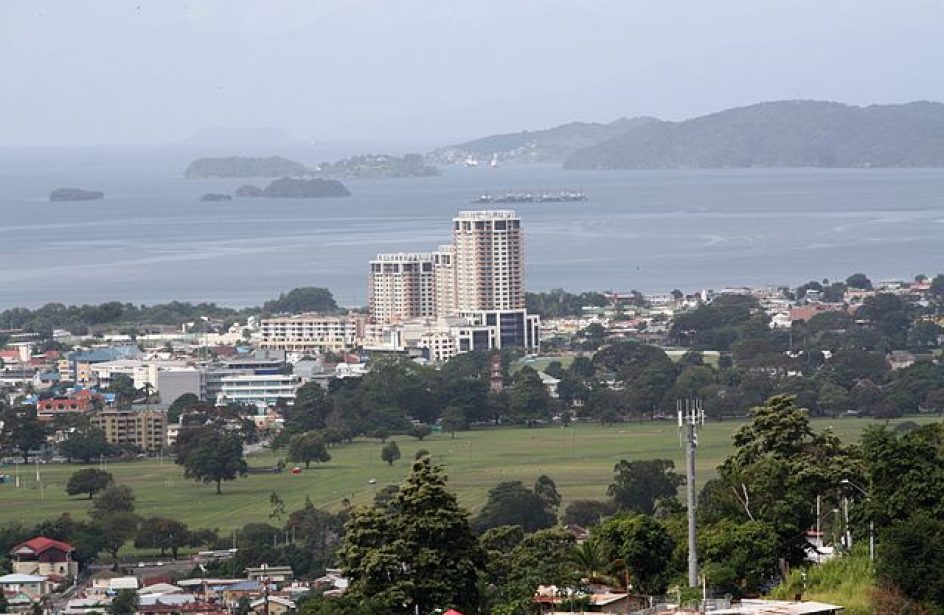 View towards Port of Spain from Lady Young Look Out in Trinidad. Source: Wikimedia

Trinidad and Tobago’s Trade and Industry Minister Paula Gopee-Scoon recently made a final determination that exporters from the People’s Republic of China have been dumping aluminium products in Trinidad and Tobago. As a result, Gopee-Scoon has ordered the Comptroller of Customs and Excise to impose anti-dumping duties on Chinese goods. According to an order dated February 21 and signed by the minister (and reported upon for the first time on Tuesday), Chinese exporters will be assessed duties of six per cent for aluminium bars, rods and profiles, and nine per cent for aluminium tubes and pipes. The duties are effective for five years beginning February 21.

“Imports of aluminium extrusions originating in the People’s Republic of China were sold at a dumped price and have caused material injury to the domestic industry,” wrote Gopee-Spoon in a final determination of a complaint brought in 2014. “The existence of significant price effects on the local market having a negative impact on the production of like goods by the local industry demonstrates a causal relationship between the existence of the dumped import on the local market and the injury suffered by the complainant.”

Cantrex, a firm based in Trinidad and Tobago, filed a complaint under the Anti-Dumping and Countervailing Duties Act in 2014 in relation to aluminium extrusions, specifically aluminium bars, rods, tubes and pipes.