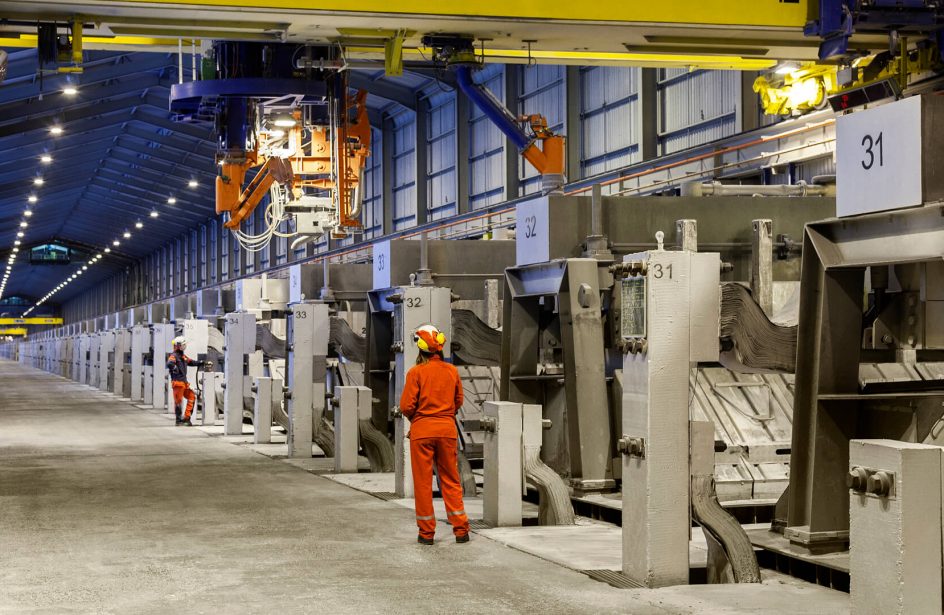 American primary aluminium producer Century Aluminum Company announced this week the signing of a letter of intent between its subsidiary Nordural Grundartangi ehf and green technology firm Ocean GeoLoop on a project to cut the aluminium smelter’s carbon emissions.

Nordural will have installed at the plant GeoLoop’s carbon capture system, which promises to collect the entirety of the plant’s CO2 production without any modifications to the plant’s flue gas system. Additionally, Nordural aluminium smelter will have a proprietary horizontal hydropower unit called the e-Loop that produces electricity using low-quality heat sources.

Odd-Geir Lademo, CEO at Ocean GeoLoop, said in a press release that the systems to be installed at Nordural will greatly reduce the plant’s CO2 output.

“We are proud to announce this agreement with Nordural, aiming to reduce carbon emissions significantly by deploying our disruptive carbon capture solution. The end-of-pipe technology is planned to be assisted by the e-Loop, a horizontal hydropower unit, enabling electricity production utilizing the CO2 from the aluminum process resulting in a self-energized carbon capture solution at Nordural.”

Gunnar Guðlaugsson, CEO of Nordural, expressed his firm’s happiness over the prospect of cutting its carbon emissions.

“We are excited at the prospect of being able to capture, use and store the CO2 that our plant emits now. We are already far ahead of the curve in terms of carbon footprint, as all our electricity is renewable, but a successful carbon capture scheme would bring us to true carbon neutrality.”

Century produces its low-carbon Natur-Al aluminium at Nordural. The plant hopes that, with the addition of the new carbon-capture system, it will soon become a carbon-neutral aluminium producer.