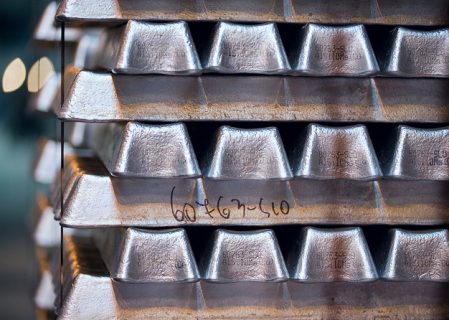 With the ink scarcely dry on a similar announcement by Rio Tinto Group, Norsk Hydro A.S.A. revealed on Friday that it may be forced to declare force majeure on certain contracts it has with U.C. Rusal. Hydro told investors that the sanctions...

Jamaica Next to Feel Repercussions of U.S. Sanctions on Rusal

Ripples from the United States government’s sanctions on Rusal continue to radiate out from Moscow, reaching businesses across Europe and...

With the sanctions placed upon U.C. Rusal by the United States government looming large over the global alumina industry, Kazakhstan’s...

Repercussions continue to be felt throughout the global aluminium trade as evidenced by Rio Tinto Group’s announcement on Wednesday that it may revise its 2018 aluminium output on account of sanctions placed upon U.C. Rusal by the United States Treasury Department earlier this month. In the course of its announced production results, the firm projected […]

The fallout from United States sanctions upon Rusal reached producers in Japan earlier this week, as the country’s major trading houses have requested the Russian aluminium giant to cease sending aluminium to their warehouses. According to buyers who spoke with Reuters yesterday, the situation has thrown the domestic trade for a loop, prompting firms who […]

The sanctions exacted upon Russian aluminium giant Rusal by the United States Treasury Department earlier this month are causing ripples in the global aluminium trade that are disrupting the business of non-Russian firms, including the recent declaration of force majeure by Rio Tinto Group at several arrangements and a partnership the Anglo-American miner has with […]

High Prices, Scarcity, and Uncertainty Bedevil the Global Alumina Market Thanks to U.S. Sanctions on Rusal

Much of the focus of attention in the aluminium world regarding the fallout from United States government sanctions against Rusal has been focused upon their effect on raw aluminium, and rightly so. However, the bigger impact to date has been felt in the alumina market, which has seen prices balloon as panic buying takes hold. […]

Russian Federation aluminium giant U.C. Rusal is searching for answers in the wake of sanctions levied against it and other Russian interests on Friday by the United States Treasury Department. The world’s second-most-prolific aluminium maker found itself caught up in the latest sanctions against individuals identified by Washington, D.C. as being connected to or otherwise […]