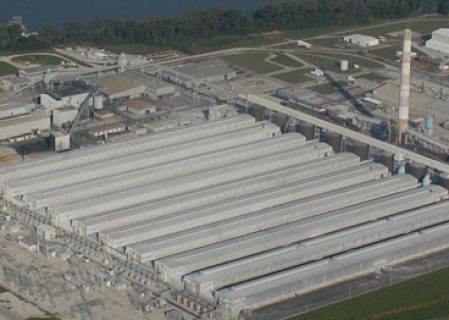 American smelter Century Aluminum announced yesterday an agreement with the labor force at its Hawesville, Kentucky smelter that will govern the relationship between the two parties for the next five years. In a press release, subsidiary Century Aluminum of Kentucky General Partnership and United Steelworkers Local 9423 agreed to the five-year plan on Friday. Specifics […]

American automaker General Motors Co said last week that it is testing out a variety of new technologies to cut costs of electric vehicles, including increasing the use of aluminium and aluminium alloys. While speaking to an investor conference on Wednesday, GM President Mark Reuss said the firm continues to explore various technology solutions for […]

Researchers at Cornell University in New York have developed a new method for incorporating aluminium in zinc-anode batteries that will produce rechargeable batteries that can be used for up to 10 thousand error-free cycles. A team led by Lynden Archer, the Joseph Silbert Dean of Engineering and the James A. Friend Family Distinguished Professor of […]