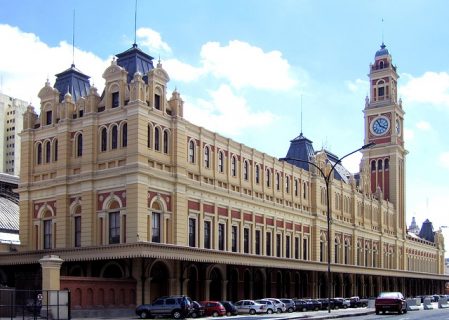 Atlanta’s rolled and recycled aluminium firm Novelis Inc. announced yesterday a plan to invest US$175 million to expand the production and recycling capabilities of its Pindamonhangaba plant in Brazil. Per the firm’s press release, planned upgrades include bumping up rolled aluminium capacity...

Norsk Hydro ASA is one step closer to resuming full production at the Alunorte alumina refinery after receiving authorization by...

Just days after the Brazilian federal government gave Norsk Hydro the go-ahead to resume alumina production at the Alunorte refinery,...

Mere days after Norsk Hydro’s announcement of the closure of its Alunorte alumina refinery, the Brazilian federal government granted the...

Primary aluminium production has been a crucial part of Venezuela’s economy since the creation of the Corporación Venezolana de Guayana (CVG) in 1960. Alcasa was established in 1967 and Interalumina in 1977. After the commissioning of the 47,000 GWh Guri dam, Venalum started operations, while in 1979, the Bauxiven mine and Cabelum began to produce […]

Norsk Hydro has reached an agreement with the relevant Brazilian state and federal government bodies to resume production at the world’s biggest alumina refinery. Hydro announced that the plan to ramp back up operations at Alunorte in the state of Pará, which consists of two documents, was executed on Wednesday. The twin agreements consist of […]

Brazilian president Michel Temer said earlier this week that talks with representatives of the United States government regarding exemptions for his country’s aluminium and steel producers are currently underway. Temer noted to local press on Tuesday that the two countries had strong economic incentives to find an agreement, pointing out the US$51 billion in bilateral […]