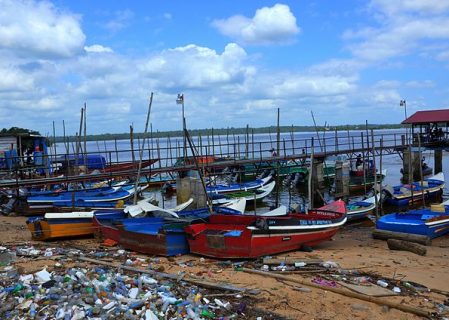 Canadian mining firm First Bauxite Corporation (FBX) announced on Friday the successful negotiation of a second bridge-loan facility of up to US$10 million and the recent commencement of construction on the firm’s Bonasika Bauxite Project. Per the firm, the bridge-loan facility will...

Half a dozen groups representing a wide swath of the global aluminium trade teamed up to renew a call to world leaders for the formation of a global forum for tackling the issue of global aluminium overcapacity. Citing the work of last year’s G20 summit and their publication of the Global Forum on Steel Excess […]

Pair of Independent Investigations Find No Pollution by Alunorte

Norsk Hydro A.S.A. reported the findings of two reviews of the ongoing situation at Alumina do Norte do Brasil S.A.’s (Alunorte) refining plant, both of which confirm the company’s contention that the plant released no toxins during a flooding event several weeks ago. The two reports, of which one was a review by an internal […]

Norwegian aluminium producer Norsk Hydro A.S.A. announced yesterday the completion of its purchase of two aluminium extrusion plants originally owned by Arconic in southern Brazil. The US$10-million deal dovetails with Hydro’s stated aim of increasing its presence in the field of extruded aluminium according to a statement released on the occasion of the sale. Hydro […]