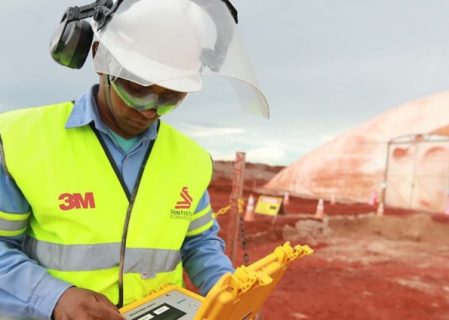 One of two embargoes forbidding the usage of a waste product storage pond at Norwegian aluminium producer Norsk Hydro ASA’s alumina refinery in Brazil was rescinded by the Federal Court of Pará on Friday, and the firm expects the remaining embargo to...

Pittsburgh aluminium pioneer Alcoa Corporation and the Aluminium Stewardship Initiative (ASI) announced on Tuesday the certification of three of Alcoa’s...

The Aluminium Stewardship Initiative (ASI) announced certification for two more plants under the Norsk Hydro umbrella yesterday, namely the Paragominas bauxite mine and the Alunorte alumina refinery in northern Brazil. The ASI said the two operations passed certification for both its Performance Standard and Chain of Custody Standard. Hydro’s scrap re-melting and casthouse operations have […]

Numbers released by Brazil’s aluminium trade association Associação Brasileira do Alumínio (Abal) showed a steep fall-off in production for the month of April, dropping by almost 20 percent on the year. Per Abal, the South American country churned out 48,400 metric tons in the year’s fourth month, off by 3.6 percent from February’s total of […]

Albras Alumínio Brasileiro S.A.’s (Albras) board of directors determined on Tuesday that the smelter will begin a return to full production in view of the lifting of state-mandated production curtailment at Alumina do Norte do Brasil S.A. (Alunorte) over the past week. Per the firm, the process of ramping up to full production will begin […]

The last remaining production embargo at Alumina do Norte do Brasil S.A. (Alunorte) is a thing of the past after the Brazilian federal court in Belem vacated it on Monday. Norsk Hydro made the announcement yesterday of the embargo’s end, noting that the criminal lawsuit from which it sprung still continues. Additionally, embargoes on use […]

A Brazilian court rescinded a production embargo on operations related to a civil lawsuit at Alumina do Norte do Brasil S.A. (Alunorte) on Wednesday, leaving in place an injunction against production imposed in a parallel criminal action. Norsk Hydro says it expects the Federal Court in Belém to rule on both cases shortly, but status […]