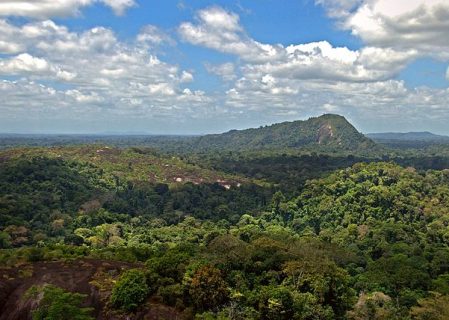 Aluminium producer Alcoa Corporation announced yesterday that it would be closing the Suralco alumina refinery and bauxite mines in Suriname. The firm said in a press release that the mine had been curtailed for over a year prior to this announcement. Alcoa...

Prices and demand for aluminium in Brazil are expected to rise in the coming year according to the experts interviewed...

Trinidad and Tobago’s Prime Minister Dr. Keith Rowley told Parliament on Friday that “there still remains an opportunities for an...

Rusal Completes US$299 MM Sale of Alpart to JISCO

Russian Federation aluminium giant UC Rusal yesterday announced the completion of the sale of Alumina Partners of Jamaica (Alpart) to...

Jamaica’s Minister of Finance and the Public Service Audley Shaw told an audience on Sunday that the transfer of ownership of the bauxite operation in St. Ann Parish was conducted in a “seamless” manner. The bauxite operation in Jamaica became the property of New Day Aluminum last month after it submitted the winning bid at […]

According to sources close to the firm, India’s Hindalco Industries is planning to shed its alumina assets and bauxite mines in Brazil. The sources indicate that commodity prices are prompting the move. The sources, who spoke to Indian media on condition of anonymity, indicate that the proceeds of the sale would be used towards debt […]

Jamaican officials will be hosting officials from the People’s Republic of China’s Jiuquan Iron & Steel (JISCO) next month. JISCO is the incoming owner of Alumina Partners of Jamaica (Alpart) after purchasing it from UC Rusal for US$300 million last month. A press release from the Jamaican Prime Minister The Most Honourable Andrew Holness explained […]

Mexico’s Fracsa Alloys Queretaro, S.A.P.I. de C.V. announced recently that it plans to double production by early 2017. Company president Franciso Ruiz told S&P Global Platts of the planned increase during a tour of the firm’s plant in Queretaro, which is in central Mexico, 132 miles northwest of Mexico City. Ruiz indicated that the plant […]