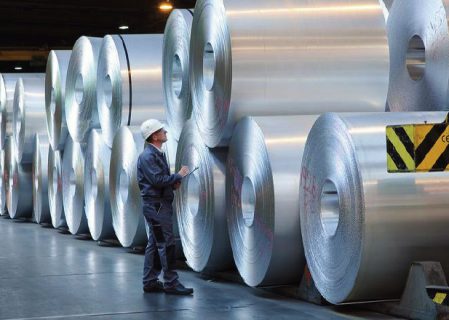 Atlanta’s rolled aluminium firm Novelis announced this week that its aluminium alloys used in building and construction were certified by third-party auditor GreenCircle as containing up to 99 percent recycled content. Novelis said its 3105, 3004, and 3025 alloys are certified under...

Earlier this week, Colorado’s Ball Corporation revealed plans to build the first circular economy lab in Brazil on an island...

Atlanta’s rolled aluminium firm Novelis announced the completion of its US$150 million expansion of its aluminium rolling and recycling capacity at the Pindamonhangaba, Brazil plant this week. Novelis increased capacity of both its aluminium recycling and rolling operations at the plant by 100 thousand metric tons. With the new capacity, the plant is now capable […]

Norwegian aluminium producer Norsk Hydro ASA signed an agreement last week with the University of São Paulo on a BRL2.2 million (US$41.4 million) project to find more sustainable uses for red mud in the construction industry. The research will be carried out at the Laboratory of Microstructure and Eco-efficiency of the Department of Civil Construction […]

Norwegian aluminium producer Norsk Hydro ASA announced this week that its alumina refinery in Brazil has become the world’s first to achieve ISO 55001 certification, bringing its total certifications for safety and responsible production to seven. Additionally, Alunorte Alumina Norte Brasil S.A. will also be listed among ISO’s Technical Committee Members, which is another first. […]

Norwegian aluminium producer Norsk Hydro ASA announced last week the signing of a memorandum of understanding with Brazilian firm New Fortress Energy (NFE) to provide liquefied natural gas to its Alumina do Norte do Brasil S.A. (Alunorte) alumina refinery. Per the firm, the new source of energy would replace a large portion of its current […]

En+ Group announced this week that its subsidiary Rusal America Corporation (RAC) has signed an agreement with Mexico’s aluminium rolled product producer Almexa to deliver 100 thousand metric tons of its low-carbon primary aluminium product ALLOW. The firm said in an emailed press release that their subsidiary had already delivered 4,800 metric tons of ALLOW […]