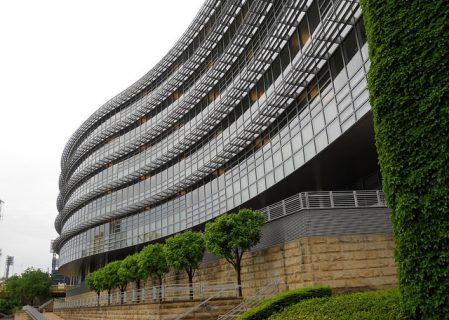 American aluminium supplier Alcoa announced Wednesday that Alcoa World Alumina and Chemicals (AWAC), a joint venture between Alcoa and Alumina Limited of Australia, signed several bauxite supply contracts valued in the aggregate at US$350 million over the coming two years. The firm...

Aluminium major Alcoa announced Wednesday that its subsidiary, Alcoa of Australia, will sell its stake in the Dampier to Bunbury...

Australia’s Iron Mountain Mining announced yesterday that it has acquired an option on two bauxite mining projects in the South...

After months of delays, Australian Bauxite says that market conditions are finally returning to a level that will make it...

Anglo-Australian mining giant Rio Tinto will be under new leadership this summer, as current CEO Sam Walsh will step down on July 1. Rio’s copper and coal leader Jean-Sébastien Jacques is slated to step into the vacated position after a period as deputy CEO, beginning today. Before running Rio Tinto’s copper and coal, Jacques worked […]

In an interview with The Australian Financial Review, the general manager of Rio Tinto’s Bell Bay aluminium smelter, Ray Mostogl says that the electricity crisis in Tasmania may mean long-term production cuts or even closure if the situation is not resolved soon. The failure of an undersea electricity line and a drought that has taken […]

Australian mining company Queensland Bauxite has opened negotiations with Australian Infrastructure Developments (AID) to explore options for the transport of the former’s bauxite production in New South Wales. AID, a freight project developer, is proposing to build a national freight infrastructure connecting the country’s western inland corridor at Moree to Glen Innes, where it would […]

Green Party leadership in the Australian state of Victoria are asking Alcoa to declare whether or not its smelter in Portland can remain profitable if government subsidies are not renewed, and what the state government will do to insure the smelter remains open. The firm is expected to lose discounted energy from the state this […]