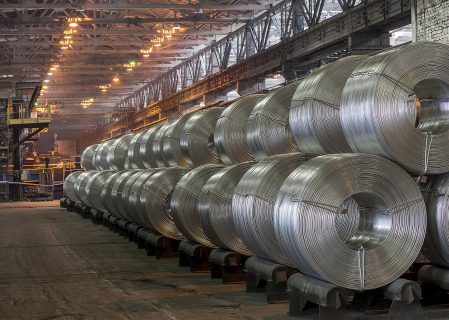 Russian Federation aluminium titan U.C. Rusal announced on Thursday that it has delivered a batch of Sputnik V vaccine to...

Rusal Recognized For Fight Against COVID-19 In Guinea

Earlier this week the corporate representative of Russian Federation aluminium titan U.C. Rusal in Guinea received the Guinea Best Company Award in recognition of its contribution to fighting the coronavirus pandemic in the country. The award has been given yearly since 2010 by COPE-Guinée (Coordination of Guinean non-governmental organizations for the promotion of excellence) to […]

Australian mineral exploration firm Lindian Resources Limited announced last week the signing of a Memorandum of Understanding with state-owned China Railway Seventh Group Co. Ltd (CRSG) on establishing infrastructure for its bauxite projects in Guinea. Per the terms of the agreement, CRSG and Lindian will work toward a solution to bringing the bauxite ore harvested […]

Australian mineral exploration firm Lindian Resources Limited obtained the Guinean government’s sign-off to take title to 61 percent of the Woula bauxite project this week. The terms of the deal allow Lindian to take a further 14 percent by funding a JORC-compliant feasibility or scoping study at the site in the first 18 months of […]

The Ivory Coast’s sole bauxite mine has begun production again after being idled for months due to civil unrest. The mine, which is the country’s first and only bauxite mine, was forced to halt production in August as violence ramped up in anticipation of a presidential election at the end of October. “Work has resumed, […]