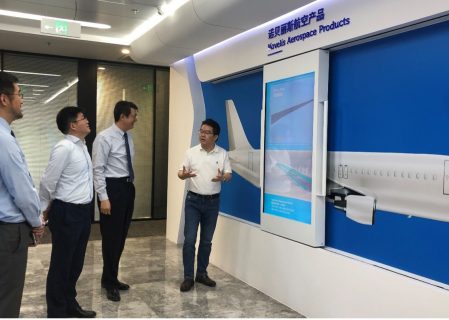 Atlanta’s rolled aluminium firm Novelis said this week that its operations in the Peoples Republic of China has linked up with one of the country’s top universities in an agreement to collaborate on increasing the use of aluminium in the country’s automotive...

Norwegian aluminium producer Norsk Hydro ASA said last week that it is exploring opportunities to develop its hydrogen facilities in order to offer renewable energy sources to third parties as well as enhancing its capabilities for producing low-carbon aluminium. Hysdro’s president and CEO Hilde Merete Aasheim said in a press release that the opportunity for […]

American automaker General Motors Co said last week that it is testing out a variety of new technologies to cut costs of electric vehicles, including increasing the use of aluminium and aluminium alloys. While speaking to an investor conference on Wednesday, GM President Mark Reuss said the firm continues to explore various technology solutions for […]

Researchers at Cornell University in New York have developed a new method for incorporating aluminium in zinc-anode batteries that will produce rechargeable batteries that can be used for up to 10 thousand error-free cycles. A team led by Lynden Archer, the Joseph Silbert Dean of Engineering and the James A. Friend Family Distinguished Professor of […]

Altech Achieves “Breakthrough” In Successful Coating Of Silicon With Alumina

Australian innovator Altech Chemicals Ltd. announced earlier this week the successful application of alumina nano particles on silicon particles using proprietary technology developed for use on anodes in lithium-ion batteries. The firm points out that this follows an announcement late last year that it had been successful in coating graphite particles with a similar layer […]