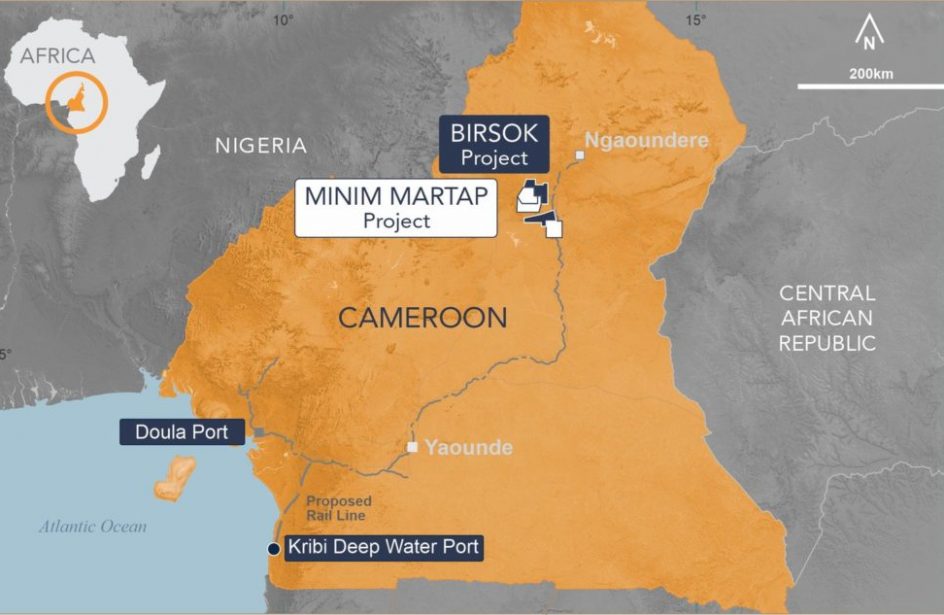 “An assessment will be made, in the future, as to whether additional drilling will be required on the Agnes plateau in order to better define the base of mineralisation.”

Canyon says its drilling operations on the Agnes Plateau are now complete. However, drilling at the Minim Martap Project continues, and a 27-hole drilling program in the southeast corner of the permitted area on the Sophia plateau is currently underway as well.

The firm says that drilling at the Emilie plateau will commence once operations at the Sophie plateau wind down.

Canyon is closely following progress of upgrades to rail infrastructure being carried out by the Cameroon government as well, especially as the state has recently begun accepting tenders for improvements to the line to Kribi Port. Such improvements will be key to linking the bauxite plays to deepwater ports on the coast.

Canyon is also engaged with expert rail engineers, who are acting as a conduit between the firm and relevant public and private interests.