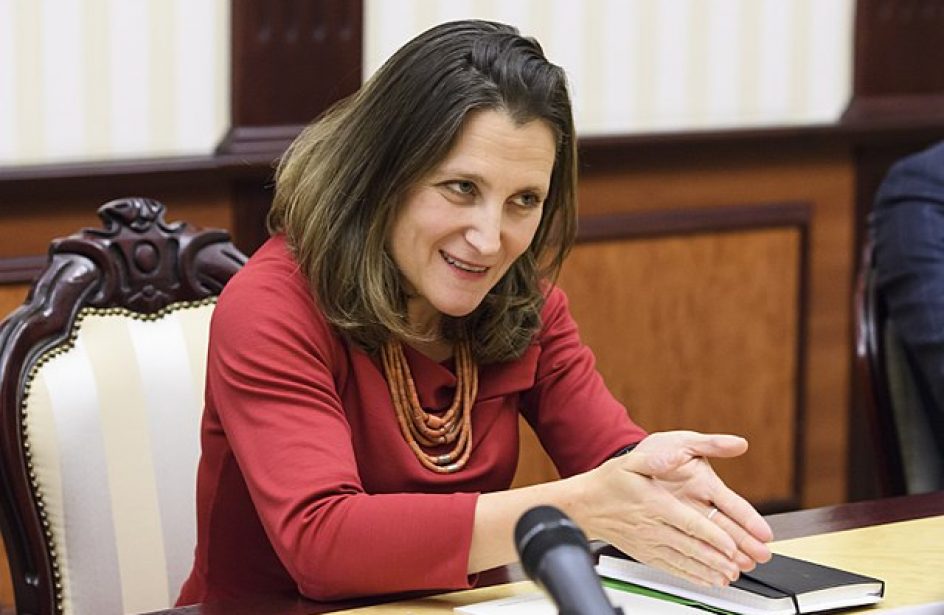 Canadian Foreign Affairs Minister Chrystia Freeland went on record again Wednesday to voice her government’s support for the dominion’s aluminium and steel producers who are struggling with the effects of Trump’s blanket aluminium and steel tariffs of this spring.

“We understand the situation, we understand that the tariffs are illegal and unjust, and we understand the importance of defending and supporting the industry and its workers and we are going to do so,” she assured the assembled reporters at a gathering of the Montreal Council on Foreign Relations.

Though Freeland did not specify the nature of aid she expected Ottawa to offer aluminium and steel interests, she spoke earlier in the day with Quebec Economy Minister Dominique Anglade, whose government announced a C$100 million program of its own earlier this month.

Freeland said she stood by the government’s decision to respond to the Trump tariffs with import duties of its own.

“Canada will not escalate and Canada will not back down. When we face illegal and unjust measures, we will respond. I think it’s worth reminding Canadians that our closest allies, who also face these same measures directed against them, have responded in an equivalent manner. The E.U. has announced and will be imposing retaliatory tariffs, as will Mexico.”

Though the trade situation between the United States and Canada has become tense and contentious over the past several months, Freeland continues to be optimistic that the situation will eventually be resolved to both countries’ satisfaction.