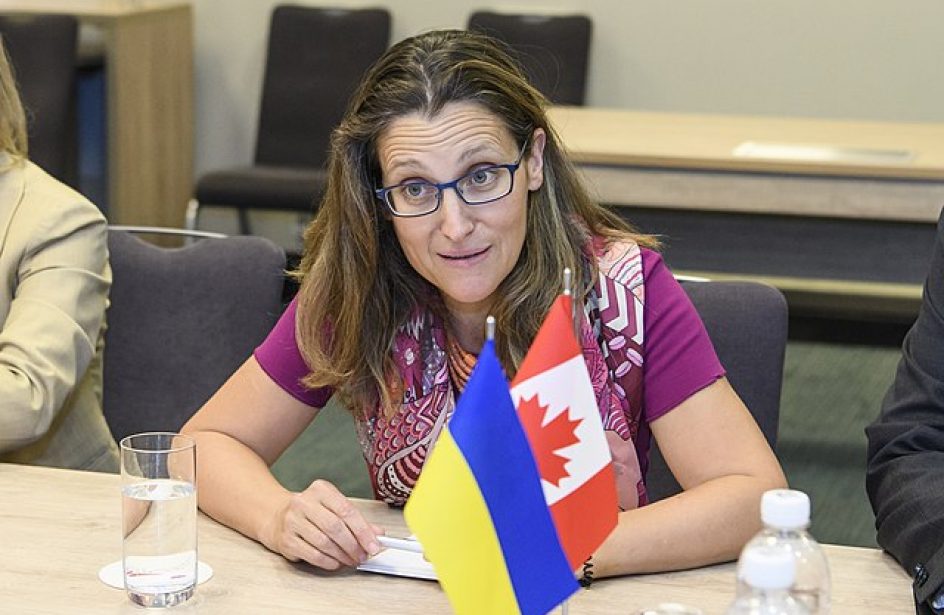 Responding to a broadside from the Trump Administration to its aluminium industry, the Canadian government fired a return volley this weekend, announcing the levying of US$2.7 billion in retaliatory tariffs on aluminium products imported from it southern neighbor.

On Friday, Canada’s Deputy Prime Minister Chrystia Freeland said the counter tariffs would begin by the middle of next month in order to permit consultation with the dominion’s industrial stakeholders.

“At a time when we are fighting a global pandemic… a trade dispute is the last thing anyone needs – it will only hurt the economic recovery on both sides of the border. However, this is what the U.S. administration has chosen to do.”

“We do not escalate and we do not back down,” Freeland declared later. Other adjectives she used to describe the US’s tariffs included absurd, “entirely unacceptable,” and ludicrous.

According to sources, goods including aluminium ingot, plates, bicycles, appliances, and golf clubs are all candidates for becoming subject to the retaliatory tariff.

“I think the very best outcome would be for the United States to reconsider,” Freeland went on. She said she ultimately believed that common sense would win the day before the retaliatory tariffs actually came into effect.

In addition, the Canadian government believes US tariffs may not last long, as a source within the prime minister’s office says the administration is planning as though President Trump will go down in electoral defeat in less than 100 days.

Canada’s actions this weekend mirror a US$12.5-billion tariff of two years ago spurred on by the Trump Administration’s tariff on Canadian aluminium and steel. The 2018 tariff covered a broad range of goods, from bourbon to ketchup. The administration ultimately relented, granting an exemption to the blanket tariffs.