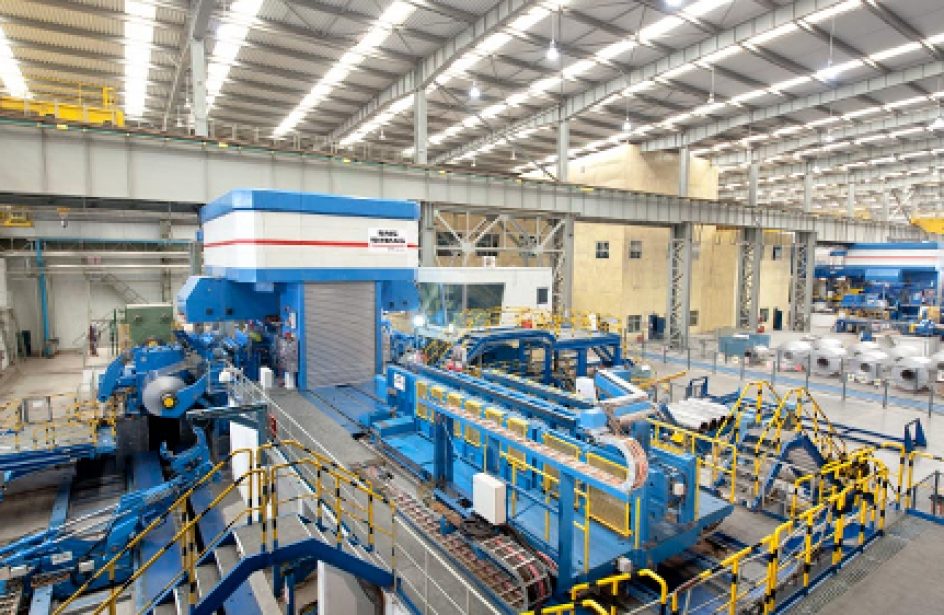 Eastern Kentucky aluminium firm Braidy Industries Inc. announced last week its plans for the construction of the first Greenfield aluminium rolling mill to be built in the United States in over three decades.

Braidy’s planned mill will be built with an initial capacity of 370,000 metric tons per annum, turning out automotive body and aerospace sheet and plate products from 5000-, 6000-, and 7000-series aluminium alloys. The US$1.3 billion project is an effort by the company to become the U.S.’s new low-cost producer of such products. In addition, the new facility will also be the site of new scientific nano-crystaline technical advances the firm says are able to improve molten metal-based manufacturing.

In addition to the obvious benefit to the aluminium landscape, the new plant is expected to have a significant positive effect upon the local economy. Braidy says the project will require 1,000 construction jobs, 550 permanent high-skilled jobs, and an additional 1,000 supporting-service jobs.

Groundbreaking on the 2.5-million-square-foot facility is planned for the first quarter of 2018. According to the company, the 370-acre site is located adjacent to major barge, rail, and road transportation routes.

“Braidy Industries’ decision to locate in Eastern Kentucky has the potential to be as significant as any economic deal ever made in the history of Kentucky,” said Kentucky Governor Matt Bevin (R). “This $1.3 billion investment will create enormous opportunity for people in the region, and would not have been possible without our recently passed right-to-work legislation. I look forward to the success of Braidy Industries as they leverage the incredible work ethic found in Eastern Kentucky. The ripple effect of this investment will be significant and will produce positive change in the region for generations to come.”

“By combining an advanced production capability with advanced metallurgical science, there is a great opportunity to reinvigorate metals manufacturing in United States,” said Braidy board member and MIT metallurgist Christopher Schuh.

“This is an historic moment. The best time in the past 50 years to invest in American infrastructure and advanced manufacturing is right now,” opined Braidy Chairman and Chief Executive Officer, Craig T. Bouchard.

“We believe that a large scale greenfield investment in aluminum and other materials will create a substantial competitive advantage,” he went on. “We will do this by optimizing logistics on water, rail and highway, a non-union work force, no environmental legacy, no pension legacy, very low plant maintenance costs, industry leading electric cost infrastructure, state-of-the-art equipment and work process flow, and fewer employees per ton. From our location in Greenup County we can import, and reach the majority of our customers in the United States same-day by water, rail or highway. The cost advantages are stunning.”

“The last decade has seen rapid advances in material science similar to advances in the computer/Internet fields in the 1990s,” opined Braidy board member and MIT technologist John Preston. “These advances both in processing equipment and new materials are now ripe for full scale deployment which enables cost effective material substitution – reducing the weight of vehicles and planes, saving vast amounts of energy and reducing dependence on scarce materials.”