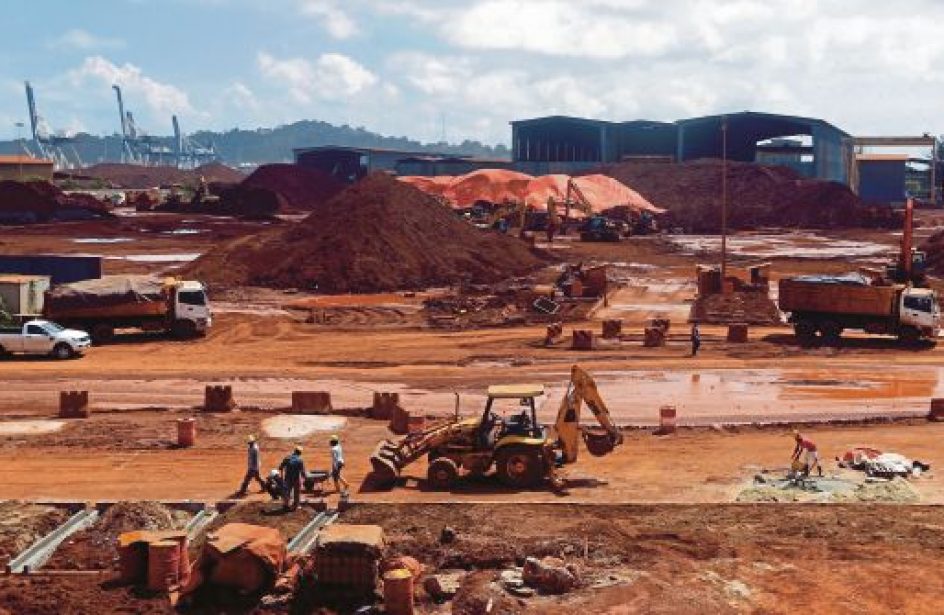 With the three-month moratorium on bauxite mining going into effect almost one week ago, export companies are scrambling to empty out Malaysian ports of the ore before the Land and Mines Department (PTG) impounds it for the duration.

According to New Straits Times, mining companies were given until last Friday to remove the ore, but they were not immediately given the necessary permits to do so. At the present time, there is three million metric tons of bauxite at Kuantan port, which is the maximum capacity that the port can move through it in a month.

Datuk Seri Dr Wan Junaidi Tuanku Jaafar, the minister given the job of cleaning up Kuantan of bauxite pollution, indicated previously that he wanted the port to look like a port, not like a kiln, by February. One of the main reasons the government instituted the moratorium is due to poor ore management at the port, which led to pollution.

“The delay was because the ministry and Kuantan Port have to iron out several issues,” said Junaidi.

“In the past, application for APs was done online, and if within three days, the ministry failed to respond, the application would be sent to the ministry secretary-general and the division in charge. The application would be automatically approved. When the bauxite issue cropped up, I took the AP permit approval out of the system. Because of this, it has to be approved manually and it takes longer,” said Junaidi. He went on to add that he had briefed the cabinet on the move.

“The port will be able to clear all the stockpiles there and start cleaning up,” explained Junaidi. “After that, it will have to put in place precautionary and mitigation measures, including cleaning up bays and putting in a filtration system. New APs for the existing 11 stockpile areas in Kuantan will only be issued once the port has performed all these measures.”

If this (clean-up) is delayed, the stockpiles will go nowhere,” Junaidi said. He went on to explain that the Transport Ministry would see to it that no bauxite was removed from these areas until the existing stockpiles at the port had been moved.

“I hope PTG will verify and charge every tonne that leaves the port for shipment,” he said.