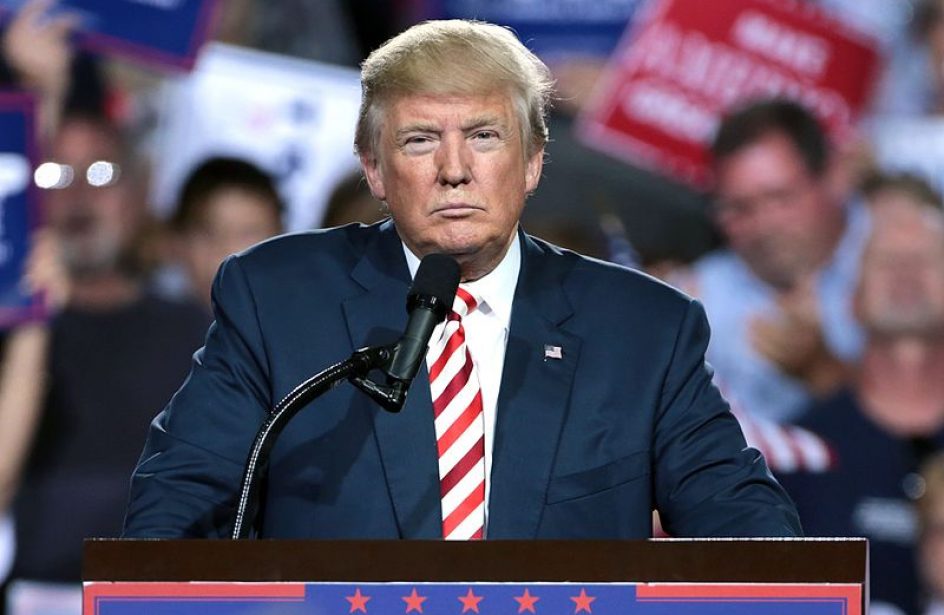 US tariffs for imported aluminium are looming and seem increasingly unavoidable, as China continues its record levels of production.

The latest figures coming out of China on aluminium production and exports are discouraging for those who expected China would start decreasing production, if not to tackle air pollution then at least to show good will to the rest of the world, which more and more often puts the blame on China for global aluminium (and steel) oversupply. 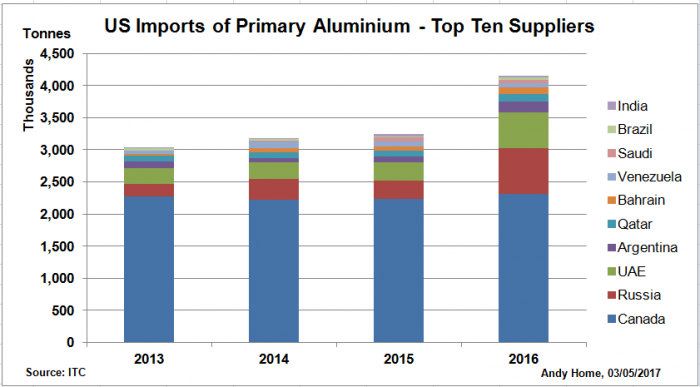 In anticipation of the outcome of a report on aluminium dumping and the damage it does to the US aluminium industry, President Trump has expressed his satisfaction with the latest jobs and economic figures, claiming it is just the beginning. During his campaign, Trump promised he’d protect American jobs by weeding out cheap foreign steel and aluminium. To that end, he has launched investigations into aluminium imports as president – primarily to determine to what extent those imports are hurting domestic production to that point that they are a threat to national security.

The administration will try to implement new tariffs, quotas, or both on these metals through a little-used power known as Section 232 of the Trade Expansion Act. Section 232 lets the Commerce Department investigate whether an import threatens U.S. security, and gives the president authority to act without Congressional approval if the investigation concludes that it does.

Commerce Secretary Wilbur Ross said he hoped to have the investigation (which started in April) finished soon and is finalizing a report on aluminium dumping. The report has to be prepared within 270 days of initiation.

Even though the conclusions are still being reached, it is already clear that aluminium imports so far do not represent a threat to US national security. This investigation is meant more to provide relief to US steel and aluminium industries and a platform for future trade negotiations. The national security argument has been used as a cover tool to arrive at the desired outcome.

For the same reasons, former US president Barack Obama filed a WTO complaint in the final days of his administration against Chinese subsidies on primary aluminium production, alleging they were encouraging overproduction and a global glut of the metal.

Alcoa, for one, did not wait for the outcome of the Section 232 investigation on aluminium. It said it is partially restarting its Warrick smelter (161,400 t/y) to be completed by Q2 2018. There is just over 1 million tonnes of idled capacity in the US awaiting better times (meaning higher prices) before they can be restarted. UC Rusal recently also announced the expansion of its capacity, anticipating a market deficit in 2018. 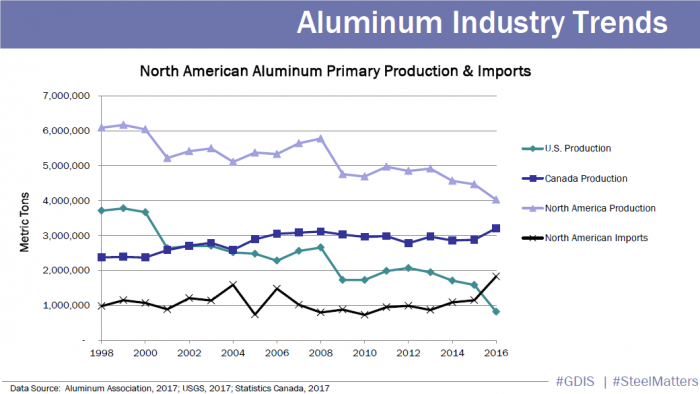 According to the US Department of Commerce (DOC), US imports of aluminium increased by 18% in 2016 compared with those in 2015, while at the same time U.S. production decreased. Furthermore, US imports of semi-fabricated aluminium products from China grew 183% between 2012 and 2015. The US is China’s largest export market for semi-aluminium products (16-17% of China’s total semis exports).

The US is an attractive market for primary aluminium exporters, with regional premium differentials between US$ 60-$75/t in favour of the US, compared to Europe and Japan, during most of H1 2017.

CRU said a tariff of 25% is needed for imports from China to make US semi products (common alloy coil) price competitive and protect US production. CRU believes that either no action will be taken or that there will be a broad-based tariff applied to both primary and semi-finished aluminium products, excluding Canada. 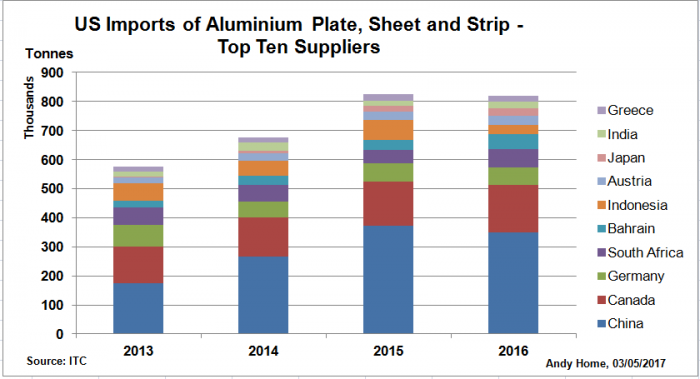 Earlier this year and in the run-up to the summit, the European, American, Canadian and Brazilian aluminium associations, backed by Russian companies, jointly urged governments at the G20 to address global aluminium overcapacity.

At the summit in Germany in July, G20 leaders committed to work together to address global excess capacity in industrial sectors and above all Chinese overcapacity in steel and aluminium. However, in contrast with the G7 communiqué a few weeks before, the G20 conclusions did not specifically recognise this threat: “We regret that the Summit failed to specifically address the problem of global excess capacity in the aluminium industry”, said Gerd Götz, Director General of European Aluminium.

Indeed, neither the G20 nor G7 summits provided all that much hope for addressing excess aluminium capacity in the near future. The only hope for now remains imminent action by President Trump and his administration.

Aluminium associations in both the US and EU claim that, if aluminium overcapacity continues to increase, it would place the US and European value chain under enormous pressure – putting thousands of jobs and investments at serious risk. At a recent public hearing in Washington, European Aluminium was among participants to testify that Chinese aluminium excess capacity is the root cause of the challenges faced by the aluminium industries in North America and in Europe.

However, limiting aluminium imports to the US and EU from China would not necessarily affect the LME price. It would increase aluminium premiums, though, and thus increase the all-in price of aluminium (which is the LME price plus premiums). As a result, this would increase costs and lower profit for the downstream aluminium and processing industries, including aluminium extrusion and rolling operations. Those costs would also be passed on to final consumers: automotive, aerospace, building and construction, beverage and other industries dependent on aluminium semis.This is why import tariffs for US and EU on semi-finished aluminium products would be necessary, since it would do more harm than good for tariffs to be implemented only on primary aluminium imports. It is not realistic to see tariffs on Canadian aluminium exported to the US, as the US Aluminum Association requested an exemption for Canadian aluminium.

The LME price would increase after China cuts capacity, which could be expected after the implementation of import tariffs in US and EU. Prior to that, China should already be cutting capacity this winter to fight air pollution, as promised.

The import tariffs on primary aluminium will help the remaining smelters in the US and EU, but will not secure their survival in the long term. Smelters that do not possess their own power plants will need subsidies on electricity costs and long-term supply contracts to remain competitive, assuming that Canadian smelters and from elsewhere (if exempted from tariffs) will have space to fill the gap of lower imports.