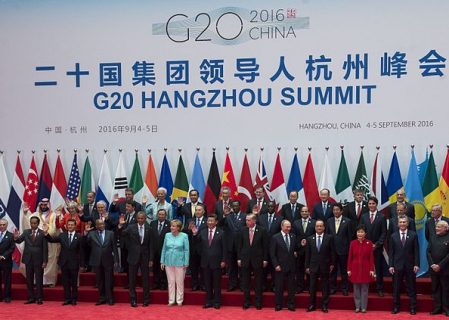 The 2016 G20 Hangzhou summit concluded yesterday, and the continually problematic overcapacity in China’s metals industry attracted the attention of the assembled world leaders. Along with the global focus on steel, the continuing glut in China’s aluminium production came into the crosshairs...

Liu Zhongtian – A Magnet for Controversy

The Chinese aluminium magnate Liu Zhongtian has been busy over the past several months. His latest move, namely his firm’s...

Aluminium is an incredibly versatile metal. Among the metal’s qualities that is frequently touted is the recyclable nature it possesses....

Floating on Air – China’s Millions that Prop Up Unprofitable Capacity

We have reported a slow but steady rebound of the global aluminium market over the past several weeks and months....

The 21st CRU World Aluminium Conference 2016 took place between May 9-11 in Shanghai, China. As the setting was the Middle Kingdom, many of the speakers’ presentations were oriented to the subject. What follows are a few highlights of presentations delivered at the conference by two of CRU’s experts. CRU’s Michael Insulán delivered a presentation on […]

Zhang Shiping is Chairman and majority shareholder of China Hongqiao Group, which is currently the world’s largest producer of aluminium. He was born in Weiqiao, in the northwest of China’s Shandong province in February, 1946. In 1966, during the Cultural Revolution’s “Up to the Mountains and Down to the Countryside Movement,” Zhang was one of […]

New extruded aluminium numbers are out for Asia’s 2015 export-import market, and the data points to a continuing trend: a booming trade in the grey market of “fake semis.” As previously reported by Aluminium Insider, there is a thriving trade between major aluminium extruders in the People’s Republic of China and various countries in Southeast […]

By the Numbers, China’s Influence on the Aluminium Market is On the Wane

For the past several months, the People’s Republic of China has frustrated the global aluminium market, leading ex-China producers and analysts alike to charge the Middle Kingdom with economic malfeasance. Even as recently as last week, and despite a market on life support, China Hongqiao announced that it will take the stubbornly unreasonable step of […]