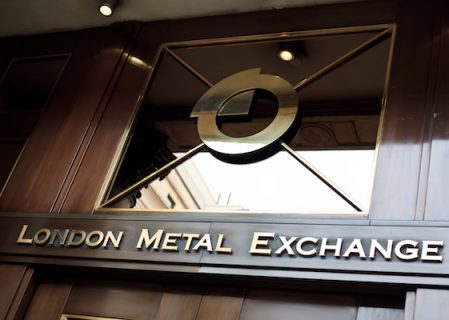 The world’s largest standardized forward contracts market will be increasing its clearinghouse default fund to twice its current amount next month, evidently as a move to mitigate the risk of member default should the metals market see another steep rise in prices...

The International Aluminium Institute released a report this week predicting a jump of 40 percent in aluminium demand by the...

Atlanta’s rolled aluminium firm Novelis announced this week that its subsidiary Novelis Korea has reached the milestone of recycling 2...

Trade group Aluminium Stewardship Initiative announced this week the certification of the Magna BDW technologies GmbH Markt Schwaben plant in Germany under the ASI’s Performance Standard Certification with a focus on Material Stewardship. The ASI certification covers the plant’s light metal vacuum die casting development and manufacture of modules and systems for the automotive industry. […]

Egyptian aluminium extruder Delemar Aluminium said this week that it plans on doubling its investment in the domestic market over the next five years and doubling to 40 percent its exports in 2022. Delemar’s CEO Mahmoud Haroun said it is also weighing an initial public offering next year in the Egyptian Exchange (EGX) in addition […]

Last week the Australian government announced that it has banned with immediate effect the import of bauxite and alumina from Russian suppliers, citing the ongoing invasion of Ukraine by Russia’s military forces. In a statement released by several of Australia’s government ministries, Canberra noted that the move would greatly inhibit Russia’s ability to produce its […]

Aluminium Bahrain B.S.C. (Alba) announced last week that it is the recipient of the International Safety Award – Merit by the British Safety Council in recognition of its safety efforts in 2021. The award was established in 1958 to recognize firms that display a commitment to safety in the workplace during the previous year. The […]

India’s government has recommended the extension of anti-dumping duties on aluminium foil used for food and medicine packaging for another five years due to concerns of harm to domestic manufacturers of the same. The Directorate General of Trade Remedies (DGTR) published a notification this week advising the public of its decision, noting that it continues […]