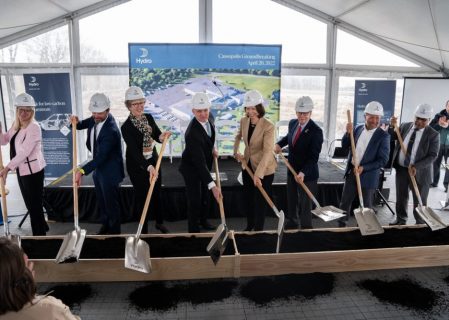 Atlanta’s rolled aluminium firm Novelis announced this week a US$30 million investment at its Plettenberg-Ohle, Germany to build a new...

Russia’s aluminium sector could be in for some major changes to combat sanctions against the country, as raw materials and...

China’s Imports Of Aluminium Fall By 4.6 Percent On The Year In March

The People’s Republic of China imported 4.6 percent less aluminium on the year according to newly released data from the country’s government, with imports dropping below 200 thousand metric tons as prices for the commodity rose. In March the Middle Kingdom brought in 197,134 metric tons of primary aluminium and unwroght alloyed aluminium last month, […]

Rusal Pushes Back Against Rio Tinto’s Takeover Of Queensland Alumina

Russian aluminium firm UC Rusal fired back at its partner at Queensland Alumina Ltd., Anglo-Australian mining giant Rio Tinto Group after the latter stepped in and took control of Rusal’s 20-percent share of the operation earlier this month. Citing sanctions against Russia for its invasion of Ukraine and specifically a ban on alumina exports to […]

Aluminium Bahrain B.S.C. (Alba) announced last week that it has chosen to work with EtaPRO LLC to enhance the thermal performance of its various aluminium production plants. Alba will use the EtaPRO system to establish a digital dashboard that measures the plant’s performance and degradation. The digital Industry 4.0 and artificial intelligence will be used […]

Pittsburgh aluminium pioneer Alcoa Corporation announced this week an agreement with global aluminium rolling and recycling firm Speira to supply it with its low-carbon aluminium line EcoLum. Details of the deal were sparse, but Kelly Thomas, Alcoa’s Executive Vice President and Chief Commercial Officer, said in a press release that the impetus of the deal […]