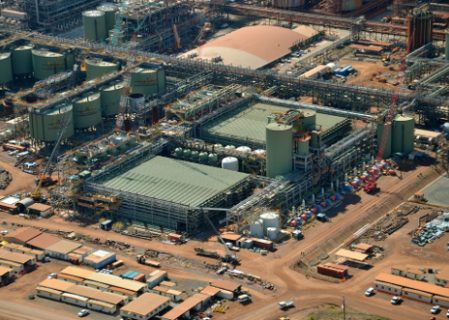 Anglo-Australian mining titan Rio Tinto Group announced this week that it is soliciting proposals for wind and solar power projects for its operations in Queensland. Rio Tinto said it has released a Request for Proposals (RFP) to that end and is looking...

Russian Federation aluminium giant UC Rusal this week announced a new strategy for the management of its industrial waste that...

Colorado’s Ball Corporation announced last week that it has joined the First Movers Coalition alongside compatriot aluminium firm Novelis Inc., and it urges other firms in its sector to do the same. Ball Corporation said in a press release that it will lead collaboration with other stakeholders in the sector to seek out and develop […]

Saudi Arabian Mining Company (Ma’aden) has entered into a Memorandum of Understanding with industrial solar steam firm GlassPoint to build the world’s largest solar process heat plant at Ma’aden’s alumina refinery. Per the firm, the project will yield a plant that produces 1,500 MW via solar heat to produce the steam that will generate power […]

South32 Increases Its Share In Mozal Aluminium To 63.7 Percent

Australian metals miner South32 announced this week that it has purchased an additional 16.6 percent of Mozal Aluminium from MCA Metals Holding GmbH for about US$200 million. Per the firm, South32’s ownership of Mozal Aluminium now totals 63.7 percent, giving it an equity share of production of 281 thousand metric tons for the current fiscal […]

Australian Bauxite Limited (ABx) said this week that it has confirmed via testing the presence of ionic adsorption clay (IAC) at its Deep Leads project. The firm said in a statement that a dozen desorption tests on samples of rare earth elements (REE) at Deep Leads in Northern Tasmania yielded positive test results for IAC, […]