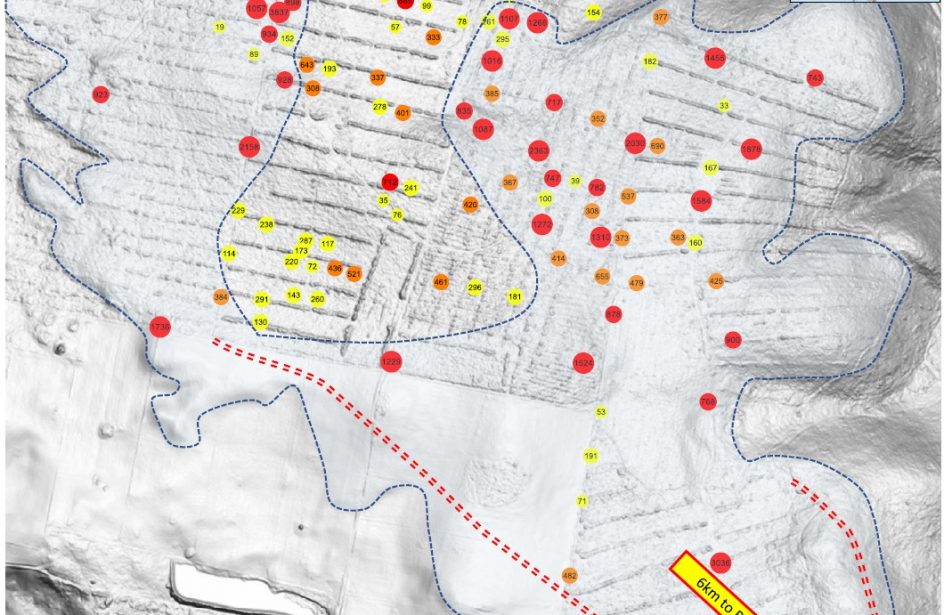 Deep Leads drillholes with REE grades shown as total rare earth oxide (TREO). The geology of the line of lode is prospective for REE mineralisation over a distance of at least 6km from Deep Leads to Rubble Mound. This prospective ground is now secured by the recently granted tenement EL10/2021. Source: ABx

According to the firm, testing at the Rubble Mound site, which is 4 miles east of its Deep Leads project, has yielded samples with 1,620 ppm of total rare earth oxides (TREO), including “super magnet” minerals neodymium (Nd), praseodymium (Pr), dysprosium, (Dy), terbium ,(Tb) and samarium (Sm).

ABx says the testing confirms that they possess licenses for a strip of REE that is at least 32 miles wide. The firm will continue testing in the area to more fully describe the quantity of REE available in the area.

REE are an important part of the global economy due to their use in electric vehicles, wind turbines, mobile phones, computers, and military applications. However, their relative scarcity makes them a valuable commodity to develop.