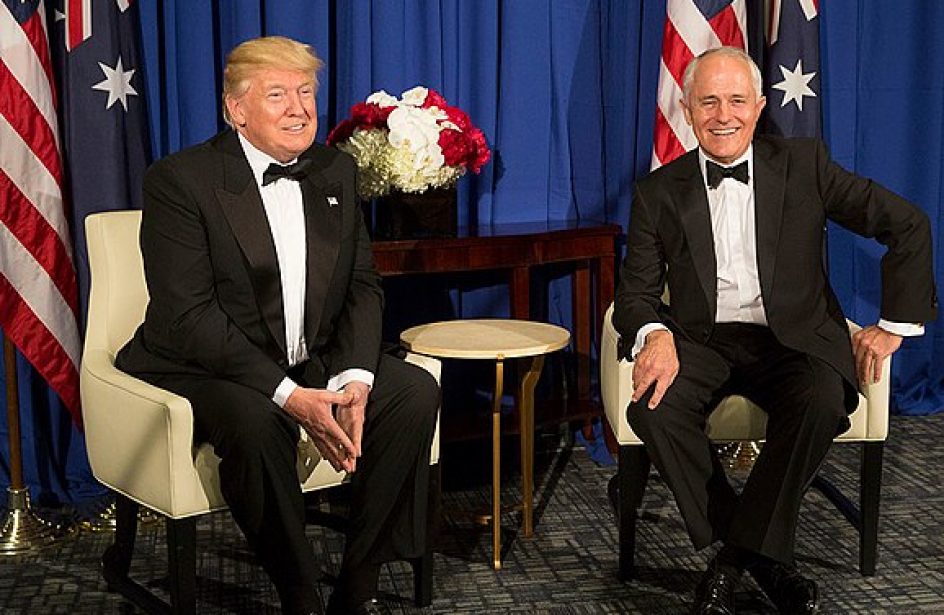 Australian Aluminium exporters breathed a sigh of relief this weekend after United States President Donald Trump and Australian Prime Minister Malcolm Turnbull announced that they will be immune to Trump’s 10-percent tariffs upon imported aluminium.

President Trump announced via Twitter late in the business day on Friday that the countries’ two governments had reached an accord exempting Australian smelters from the tariffs that are due to kick in within a matter of days.

Spoke to PM @TurnbullMalcolm of Australia. He is committed to having a very fair and reciprocal military and trade relationship. Working very quickly on a security agreement so we don’t have to impose steel or aluminum tariffs on our ally, the great nation of Australia!

In response, PM Turnbull confirmed that the two leaders spoke on the topic, and their discussion yielded an agreement in principle to carve out an exception for Australia.

Great discussion today on security and trade. Australia/US trade is fair & reciprocal & each of our nations has no closer ally. Thank you for confirming new tariffs won’t have to be imposed on Australian steel & aluminium – good for jobs in Australia and in US! https://t.co/9ZKMw5n1dZ

Turnbull later clarified Trump’s comments by pointing out that the two governments were not hammering out a new security agreement, as Trump was referring to the paperwork that would memorialize and enact the exemption he referenced.

Additionally, Turnbull noted that the exemption, which would be enacted via executive order, did not rest upon his country providing anything in return.

“We have the closest possible military and security alliance with the United States and it gets closer all of the time,” Turnbull told domestic media.

Though an exemption is undoubtedly good news for Australian aluminium interests, experts warm that Aussie companies still have much to fear from the coming tariffs even with an exemption.

“While we hope that Australia will win exemptions from the latest steel and aluminium tariffs, this would be only a partial victory,” advised Australian Industry Group chief executive Innes Willox.

He continued by saying that the exemption would carve out shipments originating from the country itself. It would not exempt shipments made by Australian firms from other locales.

“As a country with a high reliance on trade, the risks of broader damage to the global economy from a trade war are great,” he warned.