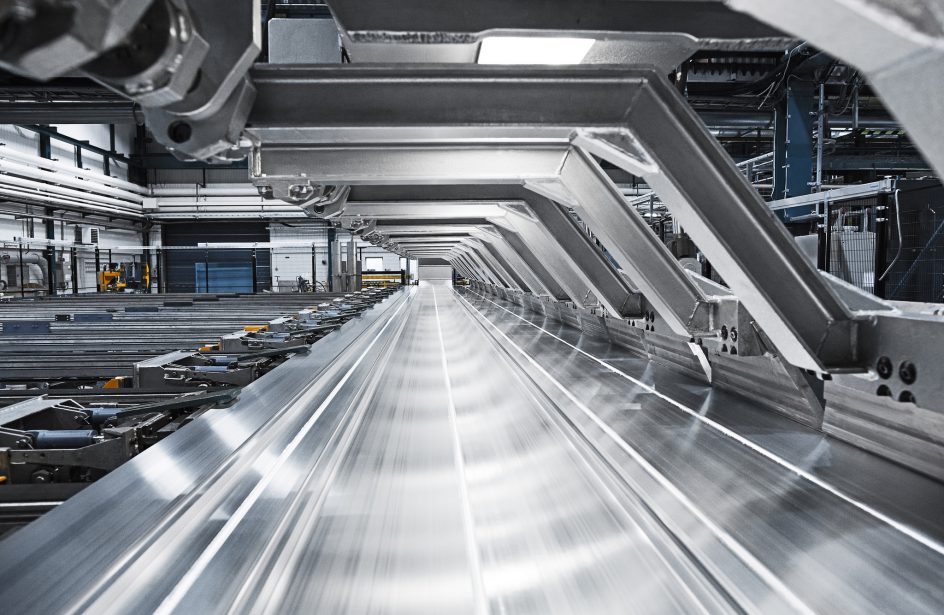 Base metals prices recovered sharply in the first half of September, after a seasonal slump in August, as investors and traders hope that easing trade tensions between U.S. and China might boost demand for metals in the remaining part of the year. However, analysts are mostly cautious, expecting a further slowdown of the global economy in the last quarter of the year as the U.S.-China trade dispute is still a long way from being solved. White House economic adviser Larry Kudlow cautioned that the trade conflict could take years to resolve and declined to predict the outcome of high-level talks between U.S. and Chinese officials in early October, Reuters reported.

However, China renewed purchases of U.S. farm goods, and U.S. President Donald Trump delayed to October 15th a tariff increase on certain Chinese goods worth US$ 250 bn. The tariffs were supposed to come into force on 1 October, but the two sides are now making conciliatory gestures ahead of planned talks in late September and early October.

The aluminium price was also propped up in early September by speculation that Indonesia might expand the recent nickel ore export ban to other minerals, including bauxite. Indonesia is one of the world’s largest bauxite exporters – according to WBMS data, Jakarta exported 8.7 million tonnes last year and around 6 million tonnes in first five months this year.

Unplanned production cuts in China in August and somewhat lower aluminium exports also gave breathing space to the aluminium price, which almost careened to under US$ 1700 /tonne in early September. The average LME aluminium cash price for eight months this year was US$ 1811.2 /tonne.

Aluminium demand growth figures tell a similar stories: compared to growth of 6% or 7% in 2017, this year demand would inch up by 1% this year. As Andy Home recently put it, “However, there is a nagging doubt that this sharp demand slowdown is telling us that something else has changed in aluminium’s usage profile, even if it’s not yet clear what’’. This is a significant statement as it is the first time someone raises this question.

The story usually goes like, ‘lower demand is justified by the U.S.-China trade war, lower interest among investors, and slowing major economies’. But that’s not the full picture, as the increased use and demand for recycled aluminium, especially in closed-loop schemes, is not included. Instead of ordering new quantities of primary aluminium from producers or warehouses, OEMs (Original Equipment Manufacturers) and final processors are using aluminium from new scrap (closed loop schemes) as well as from old scrap, thereby lowering demand for primary aluminium. Adding everything together, 2019’s total, final aluminium demand growth should be around 3-4%.

There are no clear figures of the quantity of aluminium used in closed-loop processes and other recycling schemes, but the amount is definitely significant. This substantially lowers the costs of OEM’s, and directly reduces aluminium demand from primary aluminium producers and warehouses.

Despite a weaker yuan, China’s August unwrought aluminium exports, including primary metal, alloy and semi-finished products, declined 9.9% year/year (4.3% month/month) to 466,000 tonnes. .Aluminium exports in August were the lowest since February this year. Aluminium semis exports rose by 4% in 2017, by 24% in 2018 and by another 8%, at 2.65 million tonnes, in the first half of 2019. China’s primary aluminium output in August fell by 0.5% from the previous month, to 2.97 million tonnes, according to data released by the National Bureau of Statistics (NBS) on Monday, as unexpected outages at two key smelters dented production.

According to Reuters calculations based on NBS data, output averaged around 95,800 tonnes per day in August, the lowest daily rate since March, and down from about 96,260 tonnes per day in July. In the first eight months of 2019, China produced 23.47 million tonnes of aluminium, up 1.4% year-on-year.

What’s more, reports of at least two significant smelter outages in August triggered fresh interest in aluminium and higher prices. The exact status of both plants is uncertain, meaning there is plenty of speculation wrapped up around these accidents. According to the news reports, Hongqiao Group, the world’s largest aluminium producer, has experienced flooding (affecting some 200,000-300,000 tonnes of annual production), while Xinfa Group’s operations in the northwest province of Xinjiang lost a 500,000 t/y smelter after an explosion at the plant.

Rather than implying stronger demand, higher European physical premiums reflect the re-emergence of stocks financing deals, which reduce the amount of metal available to the spot market. Consumers pay premiums above the benchmark London Metal Exchange price, mostly to cover costs of transport and insurance

“Metal is locked in financing deals and so is not readily available to the physical market. It is a shortage driven by demand from financial participation rather than physical demand,” said Wood Mackenzie analyst Kamil Wlazly to Reuters.  Financing deals involve buying aluminium now and selling it forward for a higher price after storage, insurance and interest have been deducted.

Interesting is that weak demand for aluminium in the spot market is actually feeding into higher premiums since the financing deals have the potential to make more money when high contango in the market exists – the discount for the cash over longer-term contracts. Higher LME contango is a sign of higher metal availability.

The discount for the cash over the three-month contract on the LME is currently at US$ 34 a tonne, while the three-month contract is some US$ 75 a tonne below December 2020 metal delivery.  Recently analysts estimated that total global aluminium stocks have risen to nearly 11 million tonnes, from below 10 million tonnes in May this year. Most of that is held in financing deals, much of it in Europe, aluminium trading sources told Reuters.

Premiums in Spain and Italy rose on firmer Rotterdam premiums, while the domestic Brazilian premium hit the lowest this year with companies discounting metal, according to Fastmarkets.  Fastmarkets assessed the aluminium P1020A premium, fca duty-paid in Italy and Spain at US$ 180-190 per tonne on September 10, up by US$ 5 per tonne from a week earlier.

The CME’s U.S. Midwest premium cash contract, indexed against S&P Global Platts’ assessment of the local market, is unchanged for fifth consecutive week, trading just shy of 18 cents/lb (US$ 396 per tonne) compared with over 19 cents (US$ 420) in May.

In Japan, a local aluminium buyer has agreed to pay a global producer a premium of US$ 97 per tonne over the benchmark price for shipments in the fourth quarter, down 10% from the third quarter, according to a source directly involved in the talks, reports Reuters. This indicates that Asian aluminium market is well supplied (supply exceeds demand currently).

By contrast to primary aluminium ingot premiums, European aluminium billet premiums on August 30 traded at their lowest since late 2016 and early 2017, pressured by a sustained oversupply in the region, Fastmarkets data showed. The aluminium 6063 extrusion billet premium, ddp North Germany (Ruhr region) stood at US$ 330-350 per tonne on August 30, down from US$ 350-370 per tonne the week before. The decrease puts the premium at its lowest since December 2016. Market participants attributed the drop to sustained oversupply of billet from exotic origins and bearish macroeconomics in Germany.

Lastly, as this analyst predicted in April, the alumina price (spot,Fob) fell to US$ 300 /tonne and touched the floor for now. This is the lowest alumina price in almost two years. Global alumina prices have been on a rollercoaster over the past year due to market oversupply, with some 4 million tonnes of additional annual capacity in this year over the last year.

The aluminium price is expected to recover somewhat in the last quarter of the year, and trade in the range US$ 1800 -1900 /tonne for the most period, with the lows from August most likely representing this year’s price floor. Recent production cuts in China, increasing demand in China from electricity /power grid and seasonally higher demand at the end of year, should all provide support for the price and more stability during the next 3-6 months. Higher consumption in China would finally start lowering the country’s exports, which is of key importance for higher aluminium prices. The only risk for this bright scenario would be a serious deterioration of U.S.-China trade relations after the October talks, but recent encouraging signs give more hope and optimism in this moment for the outcome.

Closed-loop and other recycling schemes will continue to have a growing influence on aluminium demand from producers and warehouses, and by extension, on the price. The importance and the quantity of recycling will only grow in future, with closed-loop recycling especially effective and cost saving. There needs to be strong demand in the future to result in lowering the contango, which could temporarily slip into backwardation. When that happens everyone will know that demand is actually strong.