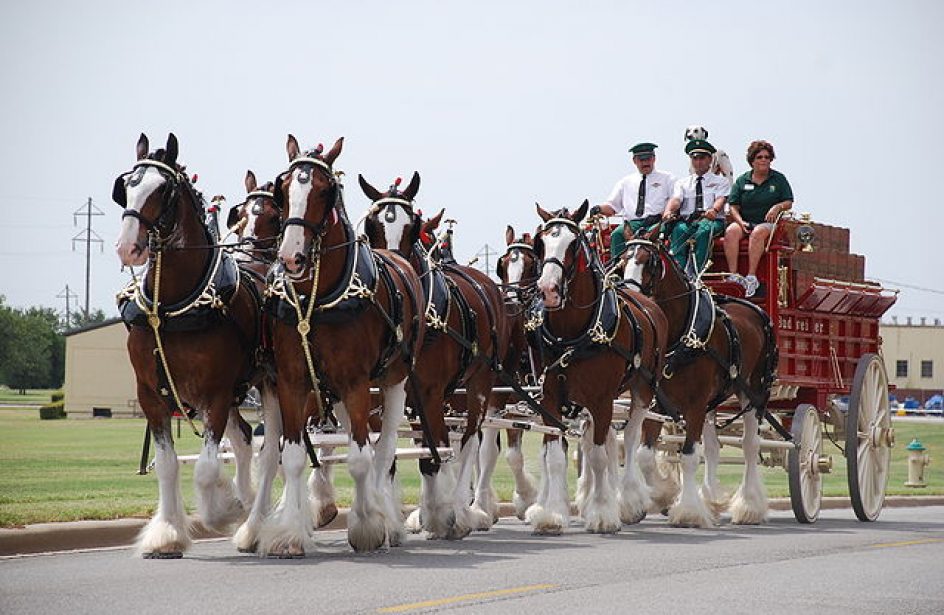 The Anheuser-Busch Clydesdales on August 13, 2009. The Clydesdales tour the country promotionally and always attract crowds with their size and graceful appearance. Source: Wikimedia

Florida’s Governor Rick Scott (R) attended the groundbreaking of Anheuser-Busch InBev SA/NV’s new US$175 million aluminium bottle line at its subsidiary’s Metal Container Corporation (MCC) facility in Jacksonville on Thursday. The line is part of the Dutch company’s US$175 million investment in the Jacksonville area.

“Manufacturers like Anheuser-Busch are incredibly important to our state, and I am excited to join them in celebrating their ongoing expansion project and the creation of 75 new jobs,” said Governor Scott. “We have cut taxes more than 55 times since 2010, including permanently eliminating the sales tax on manufacturing machinery and equipment, which has saved Florida families and job creators $5.5 billion. By cutting taxes, we are sending a message across the country that Florida is the best place to succeed, and we will continue to do all we can to make Florida first for jobs.”

Anheuser-Busch began producing aluminium cans for Bud and Bud Lite in 2013. MCC produces aluminium cans and bottles for several other US beverage companies, including PepsiCo. and Monster Beverage Corporation, at its seven plants.

“Since it launched in early 2014, the aluminum bottle has become overwhelmingly popular with beer drinkers, and we are proud to break ground on a new line in Jacksonville that will further expand production of the popular bottles, while adding jobs,” said Dave Taylor, president, Metal Container Corporation. “The innovative, high-demand aluminum bottles will be enjoyed by fans as the 2016 baseball season and the busy spring and summer beer-selling seasons begin.”

“Anheuser-Busch and MCC are proud to be part of the Jacksonville community and employ hundreds of Floridians in the Sunshine State,” said Bryan Sullivan, MCC’s Jacksonville plant manager, “and we thank our local community leaders and elected officials, as this expansion project was only made possible because of an incentive program in collaboration with the State of Florida and City of Jacksonville. Having done business in the State of Florida for 50 years, Anheuser-Busch looks forward to seeing this new aluminum bottle line come to fruition.”