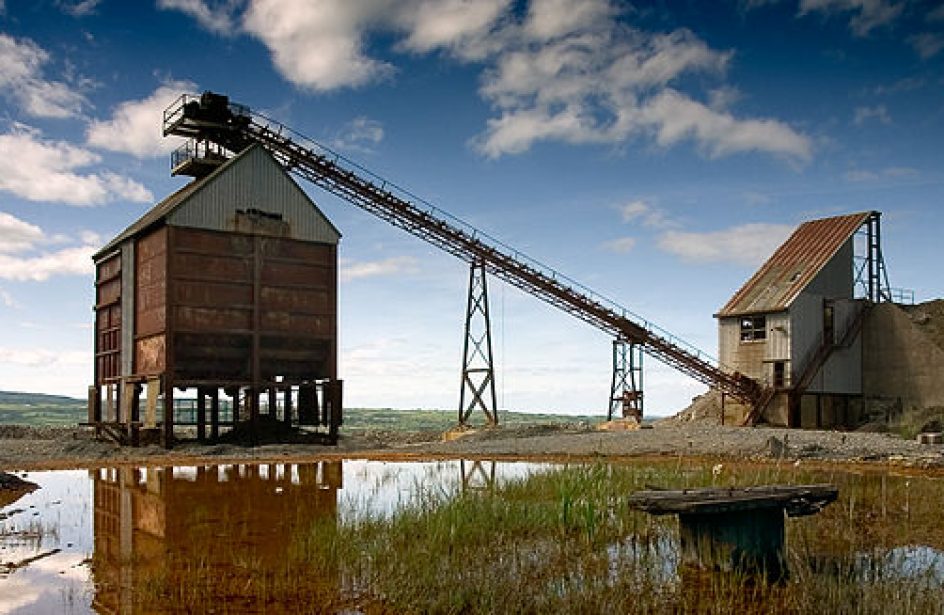 An industrial rock crusher (left) connected to a derelict silver mine (right) by a conveyor. Tipperary, Ireland. Source: Wikimedia

Tipperary’s Anglo-African, which has had a presence in the country since 1998, owns four bauxite licenses in Guinea. The firm has signed an agreement that the outcroppings, covering an area of 130 square miles located in the Kindia and Dubreka prefectures, are to be developed under an agreement with the two Chinese firms as Forward Africa Resources (FAR) project. The project is estimated to yield up to 300 million metric tons of high-grade bauxite ore at a rate of two million tons per annum.

For its part, the two Chinese firms agreed to be listed on the Hong Kong Stock Exchange.

He went on to say that the project could yield up to 1,200 new jobs.

“It’s a fantastic deal and a great story for a small company based in Cashel which ended up operating out of London, raised money in Azerbaijan to drill holes in Africa, and then bought in a Chinese consortium,” said Anglo-African chairman John O’Connor.

O’Connor said that his firm participated in Plan Ireland International, which is a charity that consults on sustainable development, in order to avoid unnecessary disruption of the local social and economic situation.

“We didn’t want to just parachute in 1,200 new jobs and €10 million a year in expenditure into a small rural community as it can bring about a lot of undesirable developments and shatter the existing social infrastructure there,” he explained.

“I got in touch with Plan to tell them we were going to be in Guinea and that we’d like to support their work there. However, it very quickly turned into a situation in which we became the net beneficiaries because of course they knew much more about what was going on in the region than we did.

“So it’s not a case of philanthropy but more about them guiding us so that we do a good job and leave a good legacy behind us,” he added.