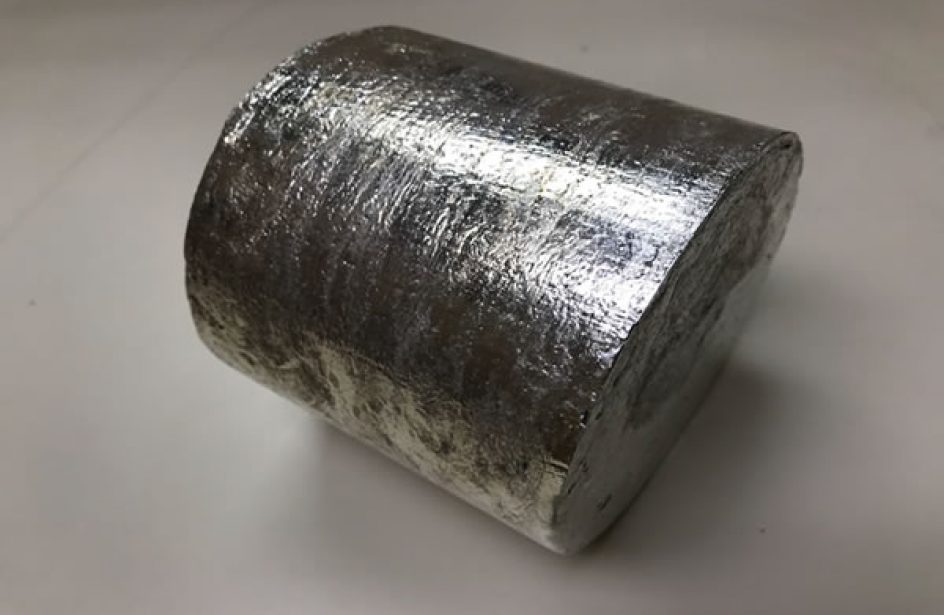 A duo of American alloys firms announced this week the successful production of a handful of aluminium-scandium alloy ingots at a private lab in Massachusetts.

Indiana’s IBC Advanced Alloys and NioCorp Developments Ltd. of Nebraska teamed up on the project to produce the aluminium-alloy ingots, which were poured at IBC’s lab in Wilmington, Massachusetts.

According to the press release distributed by IBC, the next step in the process is a rigorous gauntlet of testing of the ingots, testing their microstructure and overall performance. The firm points out that such testing is critical for commercial development of the new alloys.

Major General Duncan (“David”) Heinz (USMC, ret.), IBC’s President and CEO, voiced his optimism for the success of the venture.

“I am very pleased with the successful execution by Chris Huskamp and his team of this initial production campaign, and we look forward to reviewing the results of follow-on testing to confirm material specifications. This is a significant milestone in our joint development effort with NioCorp to seed the market in order to unlock the enormous value of scandium in a wide range of high-performance applications across multiple markets.”

Mark A. Smith, who serves as Chair of IBC’s Board and is Executive Chair and CEO of NioCorp echoed Heinz’s sentiments, emphasizing the commercial ramifications for the alloys.

“This is an exciting launch of what could be a new phase of commercial operations for both IBC and for NioCorp. Developing high-performance alloys and processes that incorporate metals such as scandium requires significant expertise and know-how. The Board and I look forward to Chris’ team continuing to advance this effort toward a potential launch of new commercial operations.”

Though scandium has been used in metal alloys for over half a century, widespread use has largely been hamstrung by a minuscule industrial production of the element. IBC and NioCorp posit that combinations of scandium with other lightweight metals (like aluminium) possess significant commercial promise thanks to their significant strength-to-weight ratios.