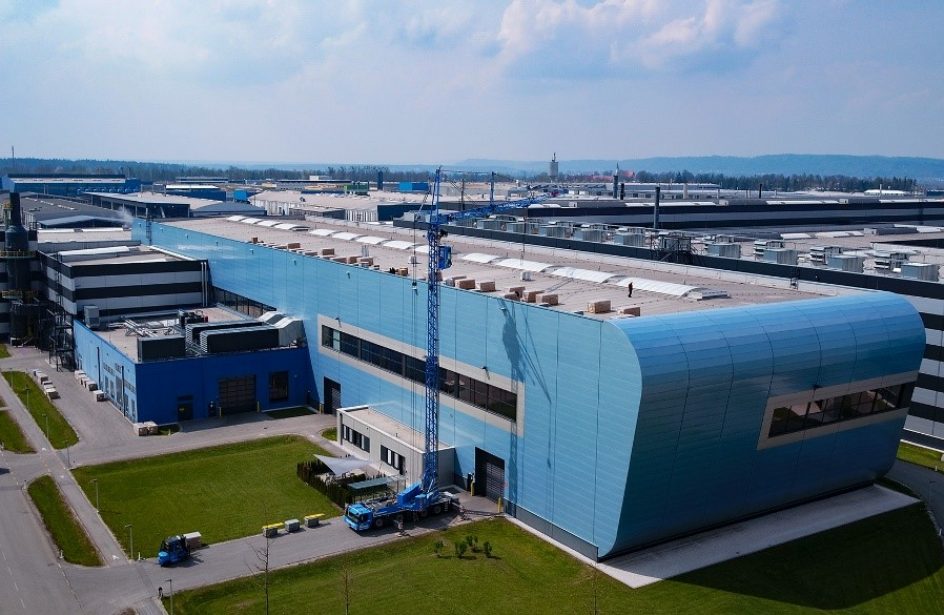 The first components of the new photovoltaic system are hoisted onto the roof of the new AMAG cold rolling mill at the start of the project. Source: AMAG Austria Metall AG

European cast and rolled aluminium supplier AMAG Austria Metall AG announced earlier this week the beginning of a project to install the largest rooftop photovoltaic system yet installed in Austria at its new aluminium rolling mill in Ranshofen.

Per the firm, the 13.6-acre installation is expected to produce about 6.7GWh of electricity each year. The installation will produce enough power to run 1,700 households for a single year, and the entirety of the electricity produced will be used at the plant.

Gerald Mayer, CEO of AMAG Austria Metall AG, said in a press release that the project is part of its larger program to improve sustainability.

“We are delighted to be taking another step forward in the consistent implementation of our sustainability program and the reduction of specific CO2 emissions by installing this large-scale PV system on our rooftops. At the same time, this major project represents an important contribution to climate neutrality in the field of power generation.”

AMAG said it is building the photovoltaic system in conjunction with compatriot firm CCE (Clean Capital Energy). In addition to meeting the company’s objectives, the firm says it is part of a larger push by Austria of converting to fully climate-neutral power production by the end of the decade.