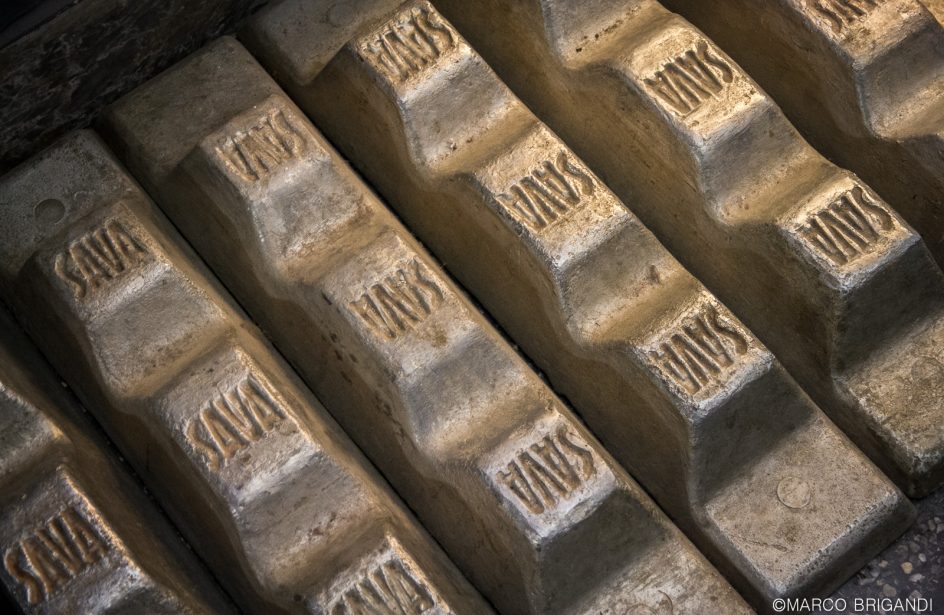 London’s business intelligence powerhouse CRU Group hosted the World Aluminium Conference 2018, the 23rd iteration of the prestigious event. Featuring exhibitors and speakers hailing from all corners of the global aluminium trade, the conference was the site of a wealth of information and insight into a myriad of issues affecting the entirety of the aluminium trade.

Noting that the aluminium industry is now in uncharted waters and facing existential threats its never before seen, Knapp challenged aluminium’s movers and shakers to position themselves for the long term. He went on to say that the industry’s ship has been buffeted significantly in just the past several weeks by United States President Donald Trump and his “Three D’s”: a disruption to existing supply arrangements, a distortion to the market thanks to a shift in U.S. production, and corresponding damage to both customers and markets by hampering substitution of other materials.

Knapp also addressed the other elephant in the room – the U.S. government’s sanctions on Rusal. Pointing out that the sanction’s effects were far from limited to the Russian company, Knapp characterized the move as a virus passed throughout the aluminium marketplace.

But what of a cure? Per Knapp, the answer lies in cutting the Gordian knot of the current supply chain, thereby quarantining those firms “infected” by the problem.

Though some measure of progress has been achieved along those lines, Knapp contends that it represents a first step in a long process.

Medication has now been issued to provide short pain relief, but there’s still the risk to the long-term health of our industry – that remains unchanged at this stage. This condition can remain, or it can be modified further in this hiatus period, or it could be removed. But all this continues the uncertainty for our industry – and for our customers. It continues to impact our market position vis-a-vis alternatives.

Following Knapp at the lectern was Heidi Brock, the president and CEO of The Aluminum Association. Addressing the question of renewed opportunities for the aluminium market, Brock began by noting that demand continues its meteoric rise – fully 45.1 percent since 2009.

Brock went on to examine the promise of the Trump administration to boost America’s economy via ensuring free trade. Running through the president’s seven-point plan, Brock noted that five of the seven points have come to fruition: the U.S. has withdrawn from the TPP, the administration is working to end trade abuses, NAFTA is being newly negotiated, the government has launched trade cases against the People’s Republic of China, and its launched (and completed) investigations into trade abuses carried out by China.

In addition to the administration’s work to rectify trade abuses, Brock noted her organization’s hand in combating trade disparities, the most prominent of which was the initiation of an anti-dumping and countervailing duty case launched by the Association against imports of Chinese aluminium foil.

Brock noted the progress made to date as well, pointing out the fact that Chinese aluminium imports have fallen drastically, sinking from a high of over 40 million pounds last June to a low of around 5 million pounds by the end of last year. Before closing, Brock also noted several decisions yet to come involving an anti-dumping and countervailing duty investigation into aluminium sheet from China.

The afternoon session saw extensive remarks by CRU’s Head of China Aluminium Market and Cost Yanchen Wang. Launching his remarks by noting the domestic restraints upon China’s aluminium industry, which include a lack of bauxite reserves, a slowing domestic economy, and a continuing crackdown on illegal smelting capacity, Wang noted that alumina projects with imported bauxite are experiencing unprecedented growth.

However, thanks to largely legal constraints, the growth of aluminium capacity in the Middle Kingdom is expected to draw down, likely reaching a point near zero in approximately four years at current rates. Domestic demand is also likely to slow as well, with projections for its peak to occur in 2023. No such slowdown is expected in rolled products, as FRP rose by 24 percent in the decade ending in 2017, he explained.

The final day of the conference saw a last-minute addition to its schedule to discuss the implications of the late sanctions on U.C. Rusal and their impact upon the global aluminium industry. Among the august presenters was CRU’s Head of Primary & Products, Aluminium, Eoin Dinsmore, launching his comments by noting the significant contribution to the aluminium value-added marketplace. The firm, which devotes nearly half of its product mix to value-added aluminium, also stands atop the E.U. as its largest primary exporter of aluminium, sending almost 1/3rd of its product to buyers just beyond the Urals.

Dinsmore went on to warn the assemblage that, due to a frighteningly tight alumina market, the sanctions Rusal now finds itself saddled by are placing plants in other countries in severe peril. Among those with the most to lose are the smelters at Tomago and Tiwai Point, which combine to supply the global aluminium market with nearly a million metric tons of raw aluminium, nearly 200 thousand metric tons of which consists of aluminium billet.

The conference’s final day also heard Norsk Hydro’s Executive Vice President, Extruded Solutions Egil Hogna comment upon the rise of electric vehicles and what it may portend for the aluminium industry. Beginning by noting the vast array of aluminium parts in today’s vehicles (body, bumpers, subframe, tank, battery pack, interior, etc.), Hogna noted the major trends pushing the ever-increasing demand for electric vehicles. A booming global population, increased urbanization, and concerns over the state of a changing climate have all joined to push electric vehicle sales to higher and higher totals, from 0.6% of all vehicle sales in 2015 to a projected 8 percent by 2025.

Aluminium’s strength-to-weight ratio, infinite recyclability, and incredible adaptability put it in an excellent position to capitalize upon trends pushing auto makers to use the metal in electric vehicles, explained Hogna. In addition to parts standard to internal-combustion vehicles, those with electric motors have introduced a new set of parts peculiar to their build, many of which benefit greatly from being made with aluminium. Additionally, considerations including those surrounding passenger safety and the fostering of a circular economy are likely to push continued adoption of aluminium in electric vehicle production as time goes on.