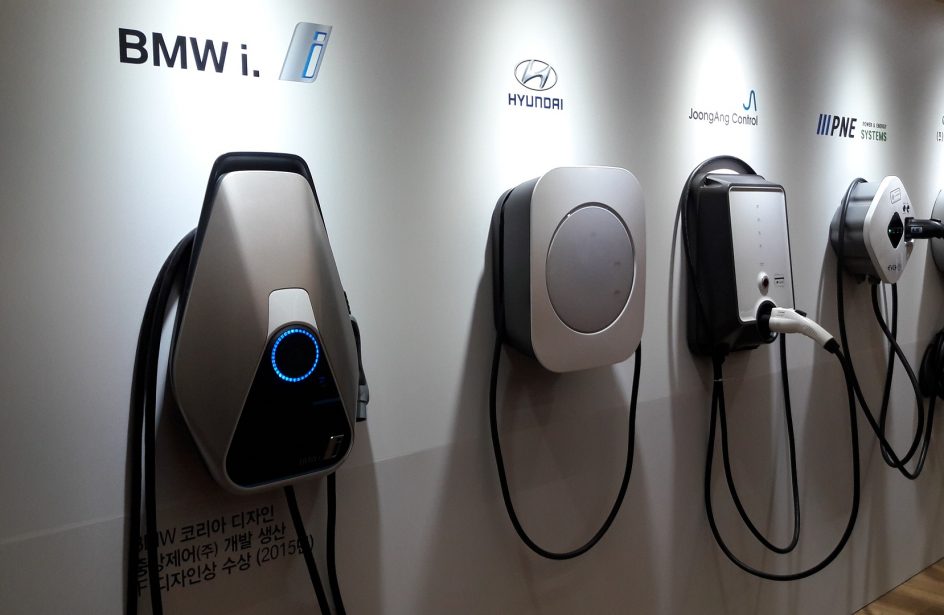 Aluminium use in automobiles and light trucks marks the highest growth from all other aluminium applications, in any segment of use. Aluminium remains “the fastest growing automotive material over competing materials and is entering its most unprecedented growth phase since we’ve been tracking the shifting mix of automotive materials,” the latest survey of automakers by Ducker Worldwide showed.

The WardsAuto and DuPont Automotive survey confirms aluminium is the preferred material of choice among engineers and designers to satisfy expected fuel economy and emissions standards by 2025.

Additional expectations for even higher aluminium demand comes from the electric vehicles (EVs) revolution, which are entering the market sooner and faster than anyone could expect. In the EV market, aside the price, the biggest factor that drives consumer preference is range. To achieve a high range for a given battery size and weight, weight reduction of EVs is needed. And again, the preferred material in EV lightening is aluminium.

However, in order to reduce costs and sale prices, and to render EVs more affordable for mass market use, EV producers in some latest models have turned back to steel, precisely the latest (3rd) generation of advanced high strength steels (AHSS). Is this trend to last or will it be a blip, as aluminium gears up to dominate EVs?

Tesla, global leading producer of EV-s, after two aluminium intensive models (Tesla Model S and Tesla Model X), has launched its smallest and cheapest model so far, Tesla Model 3, which is a steel intensive vehicle (or a “mix of materials”, as Tesla puts it).

Pinpointing the exact quantity of aluminium in the Model S has always been a complicated affair. Tesla stated that it is 410 lbs (186 kg) but it was referring only to the chassis, not to the whole vehicle. According to A2mac1 Automotive Benchmarking, the Tesla Model S contains 661 kg of aluminium in total. For comparison, other mass-market EVs that have more steel include Nissan’s Leaf and Volkswagen’s e-Golf. The e-Golf has 129 kg of aluminium and the Nissan Leaf uses 171 kg. Though it was not disclosed, Tesla Model 3 probably has around (or less) 200 kg of aluminium.

The price of Tesla’s mass-market orientated Model 3 is around US$ 35,000 (base price), which is half the price of the luxury Model S. However, steel use in these models is not a surprise and is more or less expected. As we stressed before, for internal combustion vehicles, AHSS will most likely maintain its dominance in smaller (and lighter) vehicles, while aluminium will be the winner in bigger vehicles (SUVs and light trucks) where lightweighting plays a bigger role than in small vehicles.

Moreover, the gap between aluminium and AHSS use will slightly increase towards 2025 in favour of aluminium (automotive aluminium alloys). With the exception of a few critical areas, such as roofrail, longitudinal front and upper, aimed to improve critical points and safety of passenger cabin, it is now possible to make an entire body-in-white from aluminium, resulting in significant weight reduction and performance increases.

World leading automakers have announced more than 100 new battery electric vehicles (BEVs) models by 2024. This could potentially raise the share of EVs among passenger-vehicle sales to 30-35% in major markets like China, Europe, and the United States by 2030, according to McKinsey and A2Mac1.

In China, 20% of all vehicle sales will have some form of electrification by 2025, while France and the UK proposed to end the sale of all cars emitting greenhouse gases by 2040. Volvo announced that all models will be electric or hybrid beginning in 2019.  The usage of primary aluminium, extrusions and rolled products will be significantly higher than we see in internal combustion engine vehicles today, CRU said.

What opportunities for aluminium?

As such, aluminium is expected to benefit greatly from the EV revolution, and even more so from hybrids, which have two engines. Both the combustion engine block and transmission are typically made of aluminium while the metal is also often used for housing the battery and motor in electric vehicles, according to auto metals specialist AluMag.

Since a host of reasons – including the lack of power charging station – will most likely delay the wide adoption of pure electric vehicles, the sale of hybrids will benefit aluminium. UK-based Sarginsons Industries reported that demand for hollow aluminium chassis components is increasing for their use in EV-s.

Next, as plug-in and hybrid vehicles will retain the combustion engine, this fact will boost the demand for secondary aluminium castings. Other than used beverage cans, car engines are the main market for end-of-life aluminium scrap. Counter to that, scrap intensive secondary castings usage will fall as the shift to full battery electric vehicles occurs.

Still, the main battle between aluminium and AHSS will remain for vehicle’s chassis, body (body-in-white) and main closures: doors, hoods and trunk lids. Aluminium extrusions will dominate in bumpers and crash boxes, and wheels. A new application for aluminium in EVs is in the structures (cases) that carry electric batteries. Those structures must provide thermal transfer capabilities to keep the battery cool or keep it warm in cold weather, all making aluminium an excellent choice.

“We chose aluminium as a material as it is nearly three times lighter than steel in its raw form, and it absorbs twice as much energy in a crash,” said Chris Staunton, chief engineer of body structures for the firm that developed the taxi for the London Electric Vehicle Company. According to Lionel Chapis, managing director for automotive structures at Constellium, the weight of the battery is making the lightweighing trend even more critical: “aluminium will not be an alternative for an EV, it will be mandatory”.

CRU also predicts demand for aluminium from electric and hybrid vehicles is to increase ten times to nearly 10 million tonnes by 2030. Other than Tesla’s S and X models, numerous aluminium-intensive battery EVs (BEVs) have recently hit the market, such as the Jaguar I-Pace, the model which is based on a new architecture specially designed for BEVs and made primarily out of aluminium. The Chinese-based EV manufacturer Nio, which recently launched its first production model called the ES8, will use Novelis’ Advanz aluminium alloys for structural components for all its models.

The market share of EVs is rising at the same that costs of batteries are falling and charging infrastructure is improving. There are several main factors that will influence the adoption of electric vehicles, including legislation, charging infrastructure, tax incentives and fuel cost. Still, the most important issue is the battery, in terms of both cost and efficiency. The cost of batteries has tumbled to around US$ 115 per kilowatt hour today from around/over USD 950 /KWh in 2010 and are expected to drop further in coming years, according to AluMag.

The auto industry currently has a range of different battery recipes competing for use in battery cathodes. The lithium-ion battery (LIB) (used in Tesla EVs) is the most promising battery option and will almost certainly be the dominant technology for the next 8-10 years. Li-ion batteries have potential for further development and improvement (by 20-30%). However, global lithium production will require significant investments to allow a quicker transition to EV mobility.

The newer lithium-sulphur batteries also promise high performance-to-weight ratio. The content of aluminium in these advanced batteries is between 5-15%. Battery weight is mostly in range between 480 kg (Tesla Model 3) and 530 kg (Tesla Model S).

Much like ICVs, future EV models will likely contain a complex mix of materials, including first and foremost various grades of advanced steel and aluminium, followed by magnesium and plastics, and even costly carbon fibre.

There is no “game over” scenario in favour of aluminium use in EVs, as it could be often heard in media reports recently, as the main material to be used in lightweighting. Aluminium and AHSS will fight for every kilo of vehicle content, especially in mid-size and smaller cars.

Other than size considerations, most owners may use low range EVs for daily routine use within the city walls, for smaller distances, and will not require more energy and more powerful batteries – reducing the need for lightweighting. Long lasting batteries and lighter vehicles should be needed for occasional road trips and longer distances between the cities.

Even if sales growth has been dramatic so far, it has started form a low base, while EVs (especially BEVs) remain too expensive to carve out a large market share.

Most experts think that consumers would not jump straight to mass adoption of BEVs, with plug-in hybrid electric vehicles (PHEV) presenting a competitive intermediate offering for the next few years.