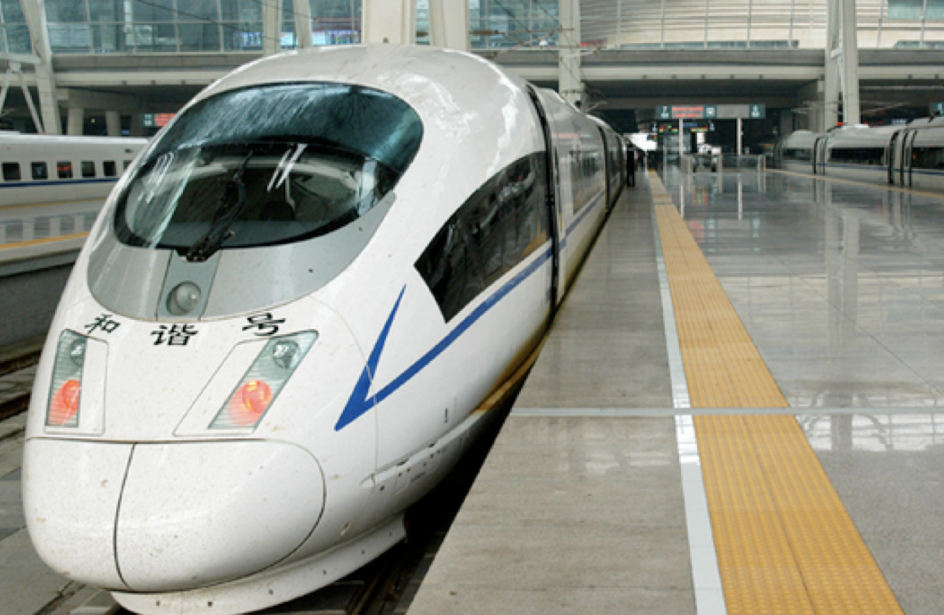 Made in China – the high-speed train Harmony CRH3. It is equipped with a light-weight aluminium body and has a maximum speed of 380 km/hr.

Much like in the auto industry, steel and aluminium are the dominant materials used in the construction of train bodies, including the train sideboards, roof, floor panels and cant rails, which connect the floor of the train to the sidewall. Aluminium provides a number of benefits to high-speed trains: its relative lightness compared to steel, easier assembly due to parts reduction, and high corrosion resistance. Though aluminium is about 1/3 the weight of steel, most aluminium parts used in the transport industry are about half the weight of corresponding steel parts due to strength requirements.

As such, the main advantage of aluminium over steel is securing lower energy consumptions in high-speed trains and increased load capacities that can be transported, especially in freight trains. In rapid transit and suburban rail systems, where trains have to make a lot of stops, significant cost savings can be achieved as less energy is needed for acceleration and braking if aluminium wagons are used. Lightweighting trains, coupled with other similar measures can reduce energy consumption by up to 60 % in new wagons.

The end-result is that, for the latest generation of regional and high-speed trains, aluminium has successfully replaced steel as the material of choice. These carriages use on average 5 tonnes of aluminium per wagon. Since some steel components are involved (such as wheels and bearing mechanisms), such wagons are usually one third lighter compared to steel wagons. Thanks to energy savings, the initial higher production costs for lightweighted carriages (compared to steel) are recovered after about two and a half years of exploitation. Looking ahead, carbon fibre materials will yield even greater weight reductions.

While high-speed rail transport is well developed in the European Union and Japan, in recent years China has been catching up, further increasing the demand for aluminium. China boasts the world’s longest high-speed rail network with over 20,000 km of track in service nowadays, which is more than the rest of the world’s high-speed rail tracks combined. A network length of 30,000 km is planned for 2020.

That’s not all. Huge rail infrastructure investments are also planned in India, Russia, North and South America. Increases in wagon production of 2.5-3% CAGR over the next ten years are expected. Asia Pacific is the biggest driver of the installed base growth – according to Roland Berger, VHS (very high-speed trains) rolling stock segments have the highest growth rate of 6.2% CAGR. 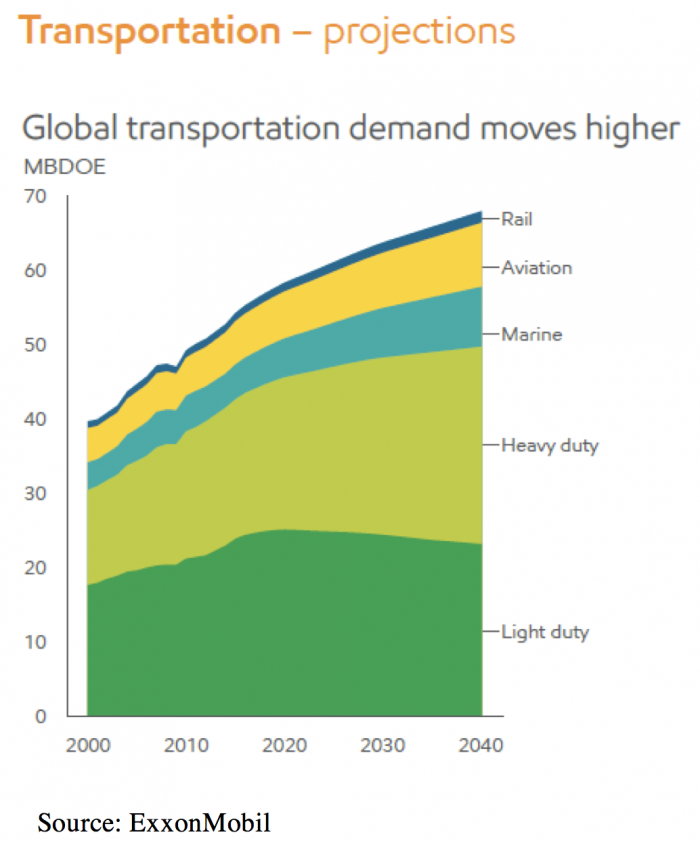 Lighter trains have contributed to a significant decrease in the total CO2 emissions produced. What’s more, aluminium wagons retain a high salvage value when recycled at the end of their life cycle. There is a recent example that several hundred 100-ton hopper cars initially built around 1967 were sold for almost 90% of their original manufactured cost.

Recent breakthroughs have made possible the idea of using aluminium foams in the transport industry. While aluminium foam was invented in 1968, using it in industrial applications was impossible for a long time because of the difficulty of shaping the material.  However, engineers have shown that aluminium foam surfaces can be formed economically using embossing tools. The composite material is built like a sandwich: between two pieces of aluminium, is a thick layer of the foam, composed of magnesium, silicon, copper, and aluminium. The material is around 20 % lighter, stronger and more resilient in crashes than the traditional fiberglass currently being used in high-speed train wagons.

Last year, out of the total 83 million tonnes of semi-aluminium product demand, some 26% (or around 21.6 million tonnes) were used in the transport industry. Though exact data is not available, the author believes that around 1 million tones of aluminium alloys are used every year in the production of trains. Since the market for high-speed trains is growing at 4-5% annually, additional quantities will be needed.