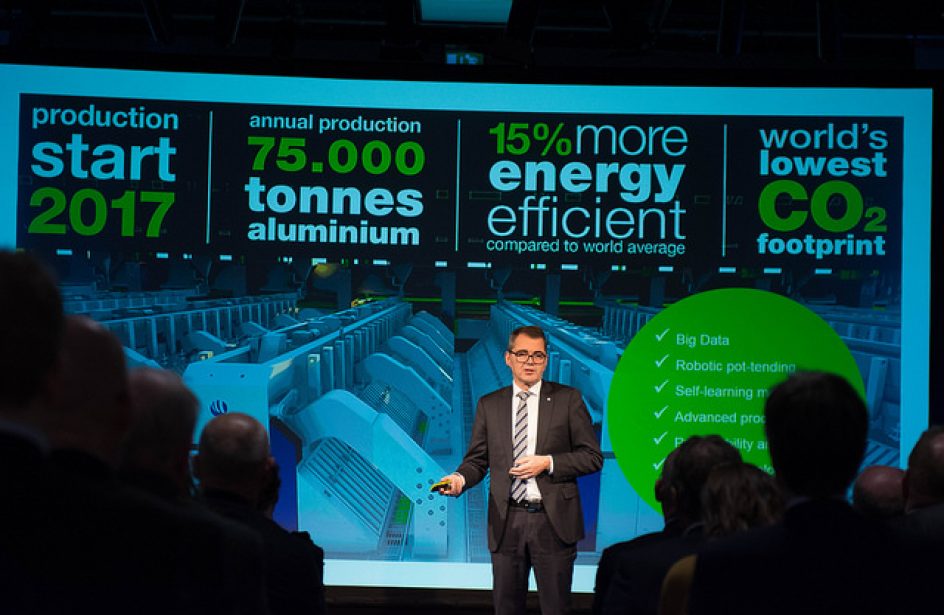 Oslo’s Norsk Hydro ASA reported second-quarter results yesterday. Though numbers for the quarter were slightly below expectations, the firm’s aluminium operations exceeded projections for the period.

Revenue for the quarter totaled NOK24.6 billion, up 7 percent quarter-on-quarter, and up 21 percent year-on-year. Earnings before financial items and tax came to NOK2.95 billion, 22 percent above the prior quarter and 49 percent above last year’s Q2. Less NOK16 million excluded from EBIT, the quarter’s underlying EBIT came to NOK2.9 billion, which was good for a 28 percent increase over the previous quarter and an 81 percent increase year-on-year.

“Higher aluminium prices in the quarter are lifting results, and I am pleased to see Sapa delivering record results, continuing the strong trend,” opined Svein Richard Brandtzæg, Hydro’s president and CEO. “Hydro will confirm its position as the world’s leading integrated aluminium company with the agreement to acquire Orkla’s 50 percent interest in world-leading extrusion company Sapa. The transaction reinforces our strategic direction to become better, bigger and greener, with a solid asset base, unique competencies and capabilities along the full value chain.”

Brandtzæg went on to say that the remainder of the year is expected to present the firm a favorable situation thanks to higher demand and insufficient supplies of aluminium to meet it.

“We see a global primary aluminium deficit in the quarter. This is driven by increasing deficit outside China. For the full year, we are maintaining our 4-6 percent annual aluminium demand growth outlook for 2017 and expect a largely balanced, global aluminium market,” he opined.