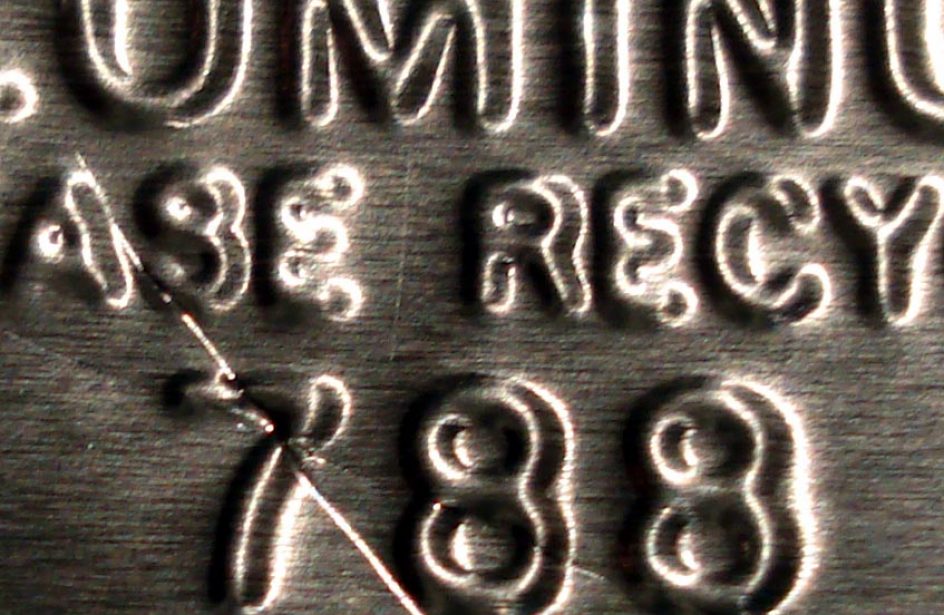 Aluminium is an incredibly versatile metal. Among the metal’s qualities that is frequently touted is the recyclable nature it possesses. In an era when the scarcity of resources has been recognized to be a problem that demands a solution, recycling is typically considered as the best response to such concerns. And aluminium is well suited for recycling, as it possesses a unique ability to be recycled indefinitely without losing its properties. Additionally, recycling of aluminium requires much less energy as compared to production of the primary metal. It’s no wonder that more and more companies claim their products include high recycled content – however, in the case of aluminum, this can be counterproductive from an environmental perspective.

Indeed, recycling is a little more complex than it seems at first blush. To understand the term “recycling,” one must understand two key definitions: recycled content and recycling rate.

Describing recycling using the “recycled-content product” approach means looking at the source of the feedstock for the product, and examining what percentage of it is gleaned from what would otherwise be waste product. The ISO 14021 definition says that the term refers to a proportion according to mass of the product that is pre-consumer content versus post-consumer content. This is an effective approach for materials that would ordinarily be destroyed or discarded after the end of its useful life, like paper. The recycled-content approach assumes that the use of recycled material is a worthwhile indication of environmental benefit. However, it does not take into account the benefit to the environment of improved product durability, which is a feature metals like aluminium possess, and is a quality that has an inverse effect upon the amount of material available for recycling.

However, what is frequently not known by all but the savviest of consumers is a particular product’s end-of-life recycling rate. “Recycling rate” indicates how much of the product can be recycled. It’s determined for a particular category of products (like cans or cars) in a particular region, and it is expressed as a percentage of the total mass of that product in that region that is actually recycled. Recycling rate takes into account losses from collection, scrap preparation, melting, and refining.

A significant hurdle in meeting aluminium consumption needs via recycling is the fact that aluminium is a metal with a significantly longer lifecycle as compared to other materials. About 85% of aluminium products produced today have a lifetime over 10 years. The vast majority (75%) of aluminium that has been produced is still in use, and almost two-thirds of it is still in its “first use.” Although aluminium used in construction has a near total recycling rate (95%) the typical lifetime of the products used in that sector is half a century. Aluminium used in transport has a similarly high recycling rate, the lifetime of those transportation products is over a decade – a recent study from the Worcester Polytechnic Institute’s Metal Processing Institute showed that end-of-life recycling rate for cars in the US is 91%. The story is much the same for aluminium used in electrical engineering, machinery, appliances, and the like. Aluminium’s recycle rate is similarly high almost across the board in Europe.

Thanks to increased demand for aluminium, coupled with its long life cycle, there is simply not enough aluminium scrap to produce recycled content. Further, there is not a likely scenario in which there will be enough scrap aluminium to make a dent in consumption, as post-consumer scrap comes today from products which were produced between ten and sixty years ago when consumption of aluminium was much lower. Although recycling rates in Europe are almost 100% (described above), the average recycled content in buildings is in the neighborhood of 20%. As a result, at the present time, and despite high recycling rates, over three-quarters of Europe’s demand is met via primary aluminium.

As a result, and assuming aluminium demand grows at rates similar those experienced in the recent past (and there is little reason to assume otherwise), primary aluminium producers have a responsibility to mine, refine, and smelt their product in an environmentally responsible manner. While recycling can (and should) complement primary production, it is not a solution for the industry – the solution is a “greener,” responsibly sourced metal, with sustainability considerations at the forefront of the process from the very first stage of its production.

Aluminium is the most abundant metal on Earth (and the third most abundant element in the Earth’s crust) and the key to responsible primary aluminium production is doing so with the smallest carbon footprint possible. Continuing emphasis on recycling rates over recycled content, coupled with low-carbon-footprint production, is the best possible path forward in the quest to keep aluminium the cleanest, most responsible metal choice for industry and consumers.