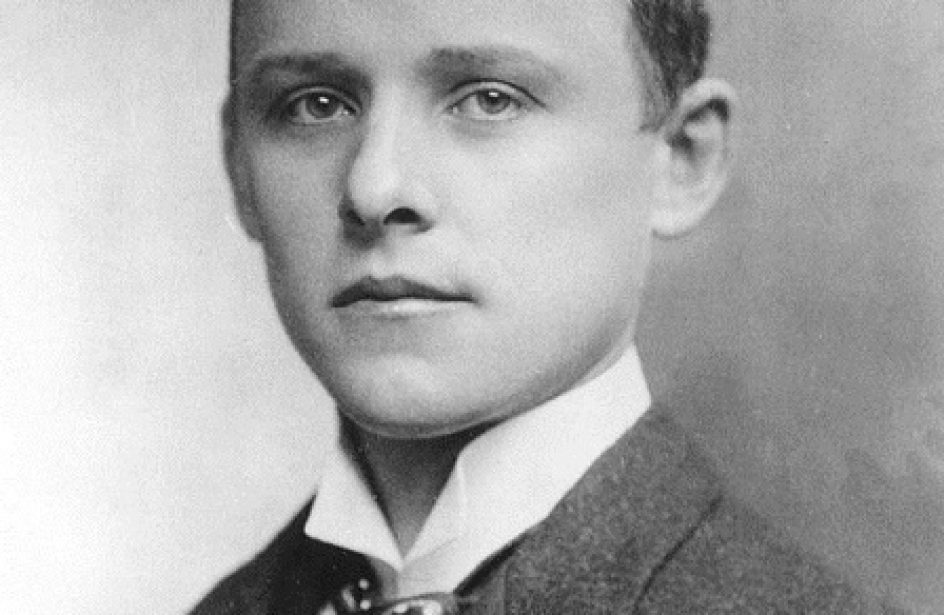 Charles Martin Hall was born in Ohio in 1863 as one of eight children. He was initially schooled at home by his mother, who taught him to read. An advanced learner, he was using his father’s chemistry book as a reader. Hall progressed rapidly in school, showing an aptitude for chemistry early on. While in high school he ran experiments in and around his family’s home. He enrolled in Oberlin College at age 16.

While at college he attended a lecture about aluminium that caught his attention. Aluminium, though the most abundant metal in the Earth’s crust, is rarely found in its elemental state and was of such difficulty to obtain that it was more valuable than gold. Friedrich Wöhler, who first isolated aluminium (and who produced the sample that so enamored Hall) did so by combining anhydrous aluminium chloride with potassium. In the late 1900s aluminium was difficult to obtain in any quantities and was thus an expensive metal – for instance, in 1884 one pound cost the equivalent of US$386 in 2016 dollars. According to the lecturer, if an easier and cheaper way to isolate aluminium could be discovered, the benefit to society would be significant, and it would make the inventor wealthy.

Hall set to work on the problem. In 1881 he began by trying to produce aluminum from clay by smelting with carbon in contact with charcoal and potassium chlorate, but to no avail. He then attempted to refine the electrolytic methods already in use by experimenting to find inexpensive ways to produce aluminium chloride, but again this led only to failure. As a senior at Oberlin he experimented upon ways to electrolyze aluminum fluoride in water solution, but he was not able to produce aluminum at the cathode.

Three years later he set up a coal-fired furnace with bellows at the family home and continued experimenting to find a way to isolate aluminium. Hall explained the experiments he conducted there:

I tried mixtures of alumina and carbon with barium salts, with cryolite, and with carbonate of sodium, hoping to get a double reaction by which the final result would be aluminum. I remember buying some metallic sodium and trying to reduce cryolite, but obtained very poor results. I made some aluminum sulphide but found it very unpromising as a source of aluminum then as it has been ever since.

With the assistance of his sister Julia Brainerd Hall, Charles was finally successful in 1886. By passing an electric current through a bath of alumina dissolved in cryolite, a puddle of aluminum formed in the bottom of the retort. Hall filed for a patent in 1886, entitled, Process of reducing aluminium from its fluoride salts by electrolysis, and the patent, numbered 400,664, was granted two years later. The process, which was also discovered simultaneously yet independently in Normandy, France by Paul Héroult, came to be known as the Hall–Héroult process. Once scaled up and refined for industry, this process reduced the price of elemental aluminium by a factor of 200.

Patent in hand, Hall sought financial backing. None materialized in Ohio, so Hall traveled to Pittsburgh, Pennsylvania and eventually met with Alfred Ephraim Hunt, a metallurgist. Hunt had already become familiar with the Hall–Héroult process and realized, perhaps more than most, the business potential involved in controlling the patent for this process. Hunt, along with George Hubbard Clapp, his partner at the Pittsburgh Testing Laboratory, W.S. Sample, his chief chemist, head of the Carbon Steel Company Howard Lash, sales manager for the Carbon Steel Company, and Robert Scott, a mill superintendent for the Carnegie Steel Company named Millard Hunsiker, raised US$20,000 (US$501,184.67 in 2016 dollars) and founded the Pittsburgh Reduction Company on Thanksgiving Day, 1888.

Business was brisk at the Pittsburgh Reduction Company. Starting out with a small smelting plant in Pittsburgh, the company established a smelting and production operation at New Kensington, Pennsylvania. A third site was opened at Niagara Falls in 1895, and the company began making lightweight automobiles in 1901. After a somewhat protracted legal battle, the firm became the only legal supplier of aluminium in the United States in 1903. Four years later the Pittsburgh Reduction Company became “The Aluminum Company of America,” and two years after that, the company was alleged by the United States government to have a controlling interest in up to 90% of the country’s economically viable bauxite mines.

“Alcoa,” as the firm came to be called in 1910, continued to grow by leaps and bounds. Hall, who never married, continued to experiment, eventually being granted a total of twenty-two United States patents. He was also a vice president at Alcoa for the remainder of his life, as well as serving on the Oberlin Board of Trustees.

Charles Hall died on December 27, 1914, three weeks after his 51st birthday, and seven-and-one-half months after the passing of Paul Héroult. Hall’s cause of death is unknown, but was most likely from leukemia. Having no spouse nor children, Hall left most of his fortune to charity, including the seed money for the founding of the Harvard-Yenching Institute, a foundation for advancing higher education in the social sciences and the humanities in Asia, which was founded in 1928.